The 110 Harbor Freeway near downtown Los Angeles, Calif., is almost entirely void of traffic on March 22 due to stay-home restrictions spurred by the coronavirus outbreak. File Photo by Jim Ruymen/UPI | License Photo

May 19 (UPI) -- Carbon emissions worldwide declined by nearly 20 percent last month due to a global downturn in activity due to the coronavirus pandemic, researchers said in a new study Tuesday.

The study in Nature Climate Change said emissions fell by 17 percent and 18.7 million tons in April, largely because of "forced confinement" worldwide intended to stem the spread of COVID-19.

The report noted that the present average emission level hasn't been seen since 2006.

Experts said the drop may be the largest ever recorded.

"Globally, we haven't seen a drop this big ever, and at the yearly level, you would have to go back to World War II to see such a big drop in emissions," said Corinne Le Quere, study author and professor of climate change science at Britain's University of East Anglia.

Le Quere acknowledged, however, that the decline is unsustainable and temporary.

"This is not the way to tackle climate change," she said. "It's not going to happen by forcing behavior changes on people. We need to tackle it by helping people move to more sustainable ways of living."

Other climate change experts say the new research shows how difficult it will be to cut emissions in a significant and permnent way.

"The drop in emissions is substantial but illustrates the challenge of reaching our Paris climate commitments," said Rob Jackson, chair of the Global Carbon Project at Stanford University and study co-author. "We need systemic change through green energy and electric cars, not temporary reductions from enforced behavior."

Researchers said they hope the coronavirus restrictions demonstrate that there are opportunities to "set structural changes in motion" by following "economic stimuli aligned with low carbon pathways." 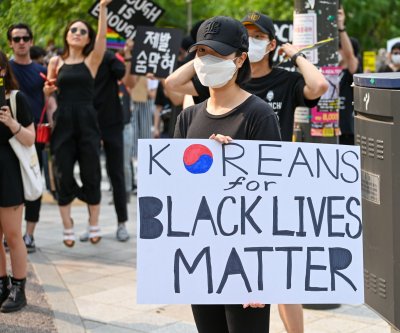 World News // 5 hours ago
Brazil threatens to follow U.S. pullout of WHO amid pandemic
June 6 (UPI) -- Brazil has threatened to leave the World Health Organization over alleged bias as the South American country recorded the the second-highest number of cases of the coronavirus.

World News // 1 day ago
Suspect in Madeleine McCann case linked to missing German girl
June 5 (UPI) -- Authorities said Friday a new suspect in the mysterious 2007 disappearance of 3-year-old Madeleine McCann is now being investigated for a similar case in Germany.