The crew members were captured from the Stena Impero on July 19. Photo courtesy Stena Bulk

Sept. 4 (UPI) -- Iranian officials said Wednesday they have released a British crew of seven from a tanker it seized in the Strait of Hormuz this summer.

The Iranian Revolution Guards Corps seized the Stena Impero tanker on July 19, accusing it of ignoring distress calls after it hit a fishing boat and traveling the wrong path when it entered the Strait of Hormuz. The capture followed the British seizure of an Iranian tanker in Gibraltar.

"We have no problem with the crew and captain of the ship," Mousavi said. "The vessel was impounded for committing a violation and, naturally, when a ship is seized, its crew members come under arrest likewise."

Erik Hanell, the chief executive of Stena Bulk, which owns the Stena Impero, said the news gave him cautious optimism.

"We are very pleased that for seven crew members their ordeal may soon be over, and they may return to their families, however, we cautiously await official confirmation of their release date," Hanell said.

"We view this communication as a positive step on the way to the release of all the remaining crew, which has always been our primary concern and focus."

Hanell said the ship's remaining 16 crew members would stay to make sure the tanker is operated safely.

World News // 5 minutes ago
European Parliament to give final Brexit approval in Brussels vote
Jan. 29 (UPI) -- Nearly four years after Britons voted to leave the European Union, members of European Parliament are expected to approve Britain's departure in a vote Wednesday and finalize the exit, which is set for Friday. 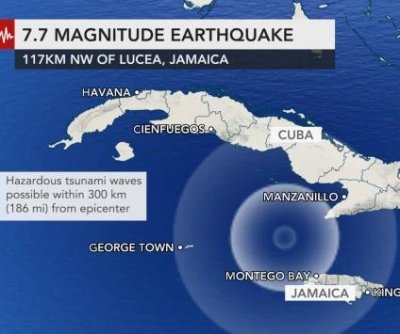