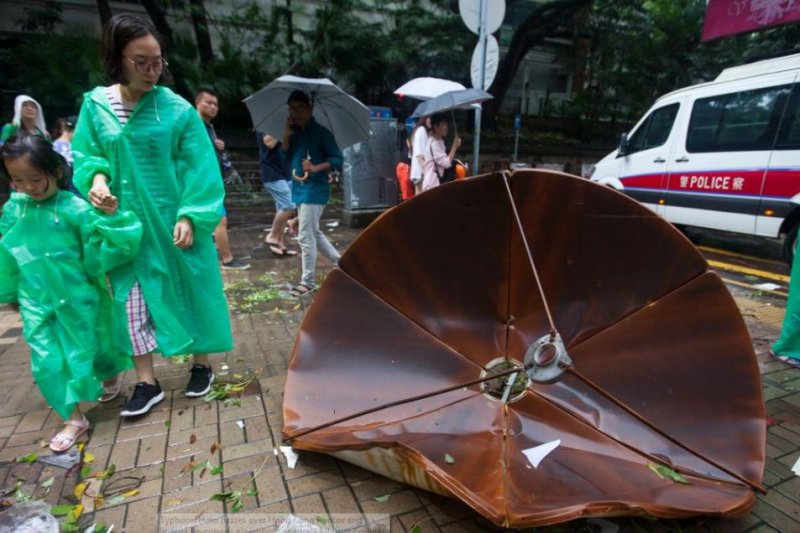 The city of 270,000, across the mouth of the Pearl River from Hong Kong, announced a Number 8 typhoon signal on Tuesday, indicating sustained wind speeds of up to 118 mph and gusts of up to 138 mph on the Hong Kong tropical cyclone warning signals chart.

Power was out for hours in the city's casinos and government buildings. Schools and businesses were also closed for the day. Ferry services in the Pearl River delta were canceled, as were dozens of flights from Macau's airport.

In separate incidents, a 30-year-old man died when he was struck by a falling wall. Another man fell from his 11th floor apartment and died, and a Chinese tourist was hit by a car during the typhoon and killed.

Two people are missing and at least 20 people were hospitalized, authorities said.

Hotels, many running on generator power, advised guests to stay in their hotel rooms.

A staff member of the Wynn Hotel Macau told the South China Morning Post, "All our systems broke down. We do not have electricity and water. We won't hurry our guests to check out even though some of them may have passed the checkout time. They should stay with us and stay safe as the weather is really bad."

In Hong Kong, at least 400 flights were canceled Tuesday and only one plane landed on Wednesday.

No deaths were reported, but 34 people were injured and admitted to local hospitals.

The center of the storm did not directly hit Hong Kong, but was close enough to be considered one in the city's storm warning system.

The typhoon, regarded as the region's worst in five years, also prompted the evacuation of thousands of people in Guangdong on the Chinese mainland. 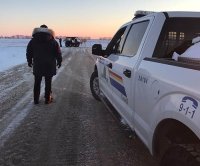