Earthquake with magnitude of 5.8 detected near North Korea

July 12 (UPI) -- A 5.8-magnitude earthquake hit an area about 100 miles from the North Korean coast, according to the U.S. Geological Survey.

The quake occurred below the surface of the East Sea, also known as the Sea of Japan, Yonhap reported Thursday, local time.

The quake also originated at a point about 311 miles below the seabed. John Bellini at USGS told Yonhap there is "no way it was caused by a nuclear test."

The underwater quake that registered early Thursday at 4:18 a.m. near North Korea may have initially raised suspicions Pyongyang had conducted a sixth nuclear test, according to Yonhap.

The European-Mediterranean Seismological Center confirmed a 5.9-magnitude earthquake about 100 miles from the North Korean city of Chongjin.

Japan's meteorological agency reported a 6.3-magnitude earthquake, but did not issue a tsunami warning.

The National Intelligence Service said Tuesday Pyongyang has not fully secured the development of an ICBM, according to South Korean lawmaker Yi Wan-young who was briefed on the matter.

World News // 3 hours ago
Ex-comfort woman decries 'betrayal' in South Korea activist scandal
May 25 (UPI) -- The former South Korean comfort woman who accused an activist of misappropriating funds said Monday she had been "betrayed overnight" after being "used" by lawmaker-elect Yoon Mi-hyang for three decades. 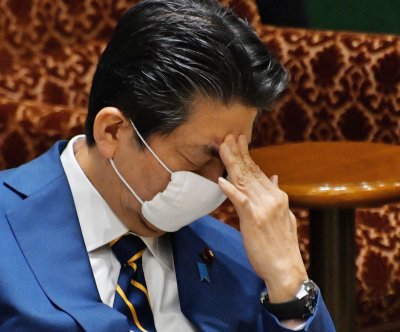 World News // 21 hours ago
U.S. bans travel from Brazil as coronavirus also surges in Mexico
May 24 (UPI) -- The death toll and cases from coronavirus are surging in two Latin American nations -- Brazil and Mexico -- while the pandemic stabilizes in other former hotspots, including Asia and Europe.

World News // 21 hours ago
Netanyahu appears in court on corruption charges
May 24 (UPI) -- Benjamin Netanyahu appeared in a courtroom in Jerusalem on Sunday for arraignment on bribery, fraud and breach of trust charges -- the first prime minister of Israel in office to stand trial.