The technology can be used to monitor North Korea missile launches. 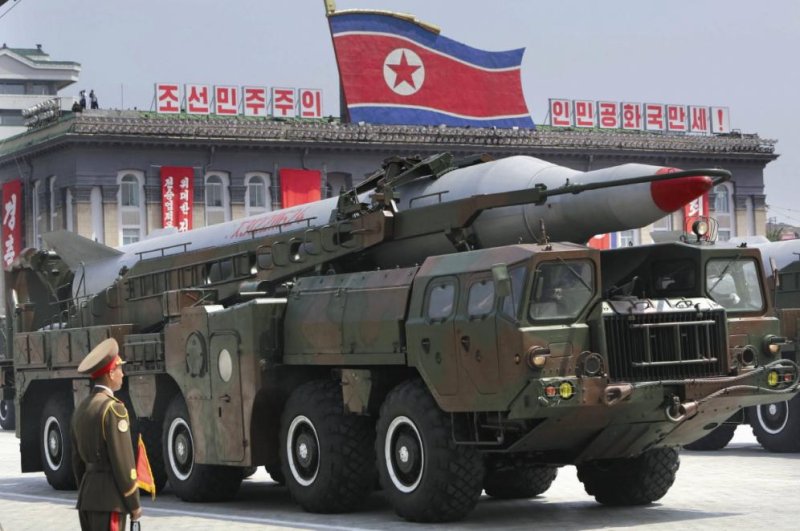 Tokyo is to launch a missile defense satellite on Jan. 24 to detect North Korea projectiles. File Photo by KCNA

Japan is planning to launch a missile defense satellite next Tuesday to upgrade the country's surveillance network that can detect and track North Korea missile launches.

The satellite will be launched from Tanegashima Space Center in Kagoshima Prefecture, NHK reported on Tuesday.

The satellite Japan's self-defense forces will be launching is mainly for ballistic missile defense. It is likely the satellite is a countermeasure to North Korea's developing missile capability, according to the report.

The step is also being taken as Japan's SDF is shouldering more responsibilities, in line with security legislation ratified in 2015.

In December, Japan's military was allowed for the first time to use firearms and other weapons in peacekeeping missions in South Sudan.

Japanese law now allows its military to serve in overseas missions whenever it or a close ally is attacked.

After it is launched, the new satellite could exchange large amounts of data at high speeds among military units, including launch information and videos from overseas bases, according to the report.

X-band satellite communication, capable of transmitting and receiving large amounts of data reliably, will be used among military units deployed across different areas, because X-band communication is not easily affected by weather or terrain.

The new satellite is named Kirameki No. 2. Another satellite was originally scheduled to launch on July 1, 2016, but was damaged while in transit and the launch was canceled, according to NHK.

World News // 6 hours ago
Iran nuclear deal within reach as EU team submits 'final text' in Vienna talks
Aug. 8 (UPI) -- Iran may soon return to the 2015 nuclear deal that aims to limit its nuclear abilities after European Union negotiators said Monday that a "final text" has been drafted.

World News // 12 hours ago
Polar bear euthanized after injuring French woman in remote Norway Islands
Aug. 8 (UPI) -- A polar bear was euthanized in Norway on Monday after officials said it injured a French woman who was camping in the country's remote Svalbard Islands.

World News // 12 hours ago
WWII-era bomb detonated in shallow Italian river
Aug. 8 (UPI) -- A large unexploded WWII-era bomb that was exposed in a dry riverbed in Italy has been safely detonated, the Italian military confirmed.

World News // 13 hours ago
London house explosion kills 1 child, injures 4 others
Aug. 8 (UPI) -- A house explosion in south London Monday morning left one child dead while four others had to be rescued from the collapsed structure, officials said.

World News // 16 hours ago
China starts new military exercises around Taiwan
SEOUL, Aug. 8 (UPI) -- China said on Monday that it carried out a new round of military drills around Taiwan, one day after concluding the large-scale live-fire exercises it launched in an angry response to a visit to Taipei by Nancy Pelosi.