“There is no sign that the Syrian regime wants to arrive at a solution,” an influential opposition representative said Monday. 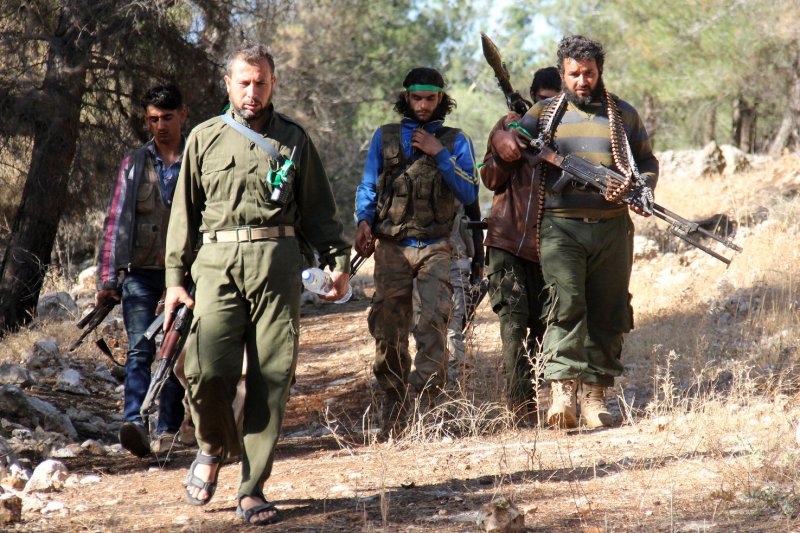 The U.N.-sanctioned peace talks hope to end the fighting between Assad's military and rebel forces that has torn apart the country for five years. Riyad Hijab, head of the opposition higher negotiations committee (HNC), was scheduled to address the current state of negotiations at a news conference Monday but postponed the event until Tuesday.

Opposition member Monzer Makhous said the HNC also needs the government to respect the cease-fire and allow humanitarian access throughout the country as conditions of returning to the negotiation table -- prospects he doesn't view as likely.

"There is no sign that the Syrian regime wants to arrive at a solution," he said.

Assad's administration has previously said it won't engage in talks about a transitional government -- leading many to fear the stalemate might entirely derail the peace process, which has been nursed along by U.N. special envoy to Syria Staffan de Mistura.

Effectively, the opposition is calling for Assad's ouster, since most representatives have flatly rejected any transitional government that leaves him in power. As might be expected, that's a proposition Assad and his ministers view as unacceptable.

RELATED Assad planning to take Aleppo away from rebel control

Fighting between rebels and Assad's forces declined sharply upon the start of the cease-fire last month, but fighting has intensified over the last week -- and the government is getting most of the blame for it.

"Since these talks began in Geneva, the Assad regime has worsened the situation on the ground," Salem al-Meslet, a spokesman for the HNC, said in a statement Monday. "The progress in Geneva is directly connected to the realities faced by our people in Syria. If the ground situation is not improved, it will affect the advancement of the political process."

De Mistura said Monday the peace talks in Geneva would continue with or without certain opposition representatives, but many influential members are also said to be planning to leave town.

The stalled talks, though, likely come as no surprise to De Mistura, who said Friday that he expected there would be "ups and downs" in the process.

The delay might be intended to see whether it might prompt Western powers to apply greater political pressure on Assad, Britain's Guardian reported Monday.

The renewed talks mark the third round of peace negotiations aimed at ending hostilities that have left nearly a half million people dead since the civil war's start in 2011.

U.S. President Barack Obama and Russian President Vladimir Putin are attempting to better coordinate their activities in an effort to streamline the peace talks. Washington has already urged Moscow to persuade Assad's forces to stop carrying out military offensives, backed by Russian air power, in the opposition-held city of Aleppo.

World News // 18 hours ago
Russian authorities arrest 5 in connection with deadly coal mine
Nov. 27 (UPI) -- Authorities have arrested five people on charges related to negligence in a Russian coal mine disaster that left more than 50 people dead.