DHAKA, Bangladesh, Feb. 4 (UPI) -- The Bangladesh high court has taken up the case of a 14-year-old girl whipped to death after being accused of an affair with a married man.

A high court panel in Dhaka, acting on reports about the girl's fate in the Shariatpur district of the capital, gave district officials 15 days to explain why they failed to protect the girl, allegedly whipped to death Monday in accordance with an Islamic Shariah law fatwa, although she was believed to have been raped, Bangladesh's Daily Star reported.

Bangladesh is a progressive, largely Muslim democratic country, where such fatwas have been outlawed.

The BBC reported police have arrested four people, including a Muslim cleric.

The Star report quoted other reports as saying the girl was raped by a 40-year-old relative Sunday but a village arbitration meeting the following day issued the fatwa that the girl receive 100 lashes. The report said the girl fell unconscious after about 80 lashes and later died in a hospital.

The incident has set off protests in the country, the Press Trust of India reported. The 40-year-old man with whom the girl was accused of having an affair also was sentenced to 100 lashes but the man has escaped, the report said.

The Star in a Friday editorial condemned the way "a rape victim in a remote village of Shariatpur, far from being redressed for the abuse she was subjected to, was whipped" to death. The newspaper said a crime was "committed by the so-called village arbitration body that gave the order to lash the girl based on a fatwa issued by a village imam."

World News // 2 hours ago
Suspended South Korean pastor challenges church's position on LGBTQ issues
SEOUL, June 21 (UPI) -- The Rev. Lee Dong-hwan, suspended by the Korean Methodist Church for two years over a blessing he gave at a queer festival, has become a central figure in a movement that hopes to transform the church in South Korea. 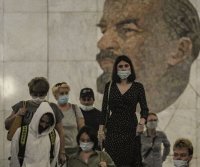 World News // 13 hours ago
COVID-19 surging in Russia; weekly world deaths drop 10%, cases 5%
June 20 (UPI) -- As coronavirus subsides through much of the world, the pandemic is surging in Russia with record cases last week and the most deaths in three months.

World News // 11 hours ago
Israeli PM Naftali Bennett says patience with Hamas 'has run out'
June 20 (UPI) -- Israeli Prime Minister Naftali Bennett warned Sunday that Israel's patience for the militant group Hamas "has run out" in his first public statement as head of the government. 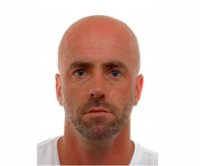 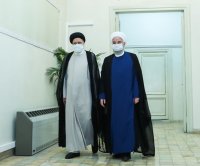