The helicopter departed from John Wayne Airport at 9:06 a.m. PST, according to flight records. The Los Angeles Times reported the crash occurred shortly before 10 a.m. PST near Las Virgenes Road.

TMZ first reported Bryant, 41, was on the helicopter.

The other three fatalities, including the pilot, were not identified.

ESPN and NBC News reported Bryant and his daughter were headed to Mamba Sports Academy, a facility that Bryant created and coached at, for a girls basketball game. Bryant coached Gianna's team, the Los Angeles Lady Mambas.

"The NBA family is devastated by the tragic passing of Kobe Bryant and his daughter, Gianna," NBA commissioner Adam Silver said in a statement. "For 20 seasons, Kobe showed us what is possible when remarkable talent blends with an absolute devotion to winning.

"He was one of the most extraordinary players in the history of our game with accomplishments that are legendary: five NBA championships, an NBA MVP award, 18 NBA All-Star selections, and two Olympic gold medals. But he will be remembered for inspiring people around the world to pick up a basketball and compete to the very best of their ability."

The crash comes a day after Bryant was passed by Lakers star LeBron James for third place on the NBA's all-time scoring list. Bryant, who scored 33,643 points, was active on social media Saturday night, congratulating James on the feat.

Continuing to move the game forward @KingJames. Much respect my brother 💪🏾 #33644

California Gov. Gavin Newsom paid tribute to Bryant with a post on social media Sunday afternoon. President Donald Trump also sent out a tweet, calling Bryant "one of the truly great basketball players of all time."

Today, the world lost a legend.

Kobe Bryant’s 20 year career with the @Lakers raised the bar for every player. He willed his team to triumphs. Competed with unparalleled ferocity. Defied the odds. Simply put -- he was an icon.

Our hearts go out to his family and fans.

Kobe Bryant, despite being one of the truly great basketball players of all time, was just getting started in life. He loved his family so much, and had such strong passion for the future. The loss of his beautiful daughter, Gianna, makes this moment even more devastating....

Bryant, an 18-time All-Star, was drafted in the first round (No. 13 overall) of the 1996 NBA Draft out of Lower Merion High School in Ardmore, Pa. He spent his entire 20-year career with the Lakers and won five NBA championships.

Bryant averaged 25 points, 5.2 rebounds and 4.7 assists per game in his career. He was a two-time NBA Finals MVP and was named the league's Most Valuable Player in 2008.

Bryant announced his intent to retire from the league on Nov. 29, 2015, which launched a farewell tour around the NBA. He played in 66 matchups that season with the Lakers, averaging 17.6 points, 3.7 rebounds and 2.8 assists per game.

In his final professional game, Bryant scored 60 points and led the Lakers past the Utah Jazz on April 13, 2016. He is eligible for the Basketball Hall of Fame in 2020.

A moment of silence was held before Sunday's game between the Houston Rockets and Nuggets in Denver, the first game of the day. Later Sunday, multiple NBA teams paid tribute to Bryant by committing 24-second shot clock violations and 8-second violations, honoring his famous jersey numbers. 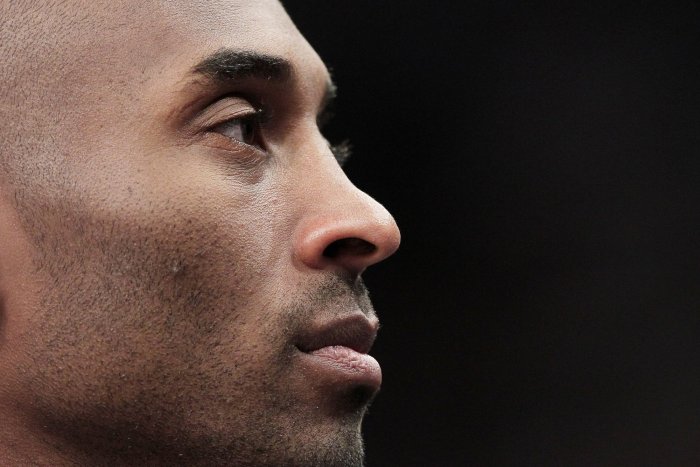 Los Angeles Lakers Kobe Bryant stands during a time out against the New York Knicks at Madison Square Garden in New York City during a game on January 26, 2014. Bryant was killed in a helicopter crash with his 13-year-old daughter Gianna in Calabasas, Calif., on January 26, 2020. File Photo by John Angelillo/UPI | License Photo

U.S. News // 5 hours ago
Coastal storm to bring days of dreary weather along Northeast beaches
AccuWeather meteorologists are tracking a new, non-tropical storm off East Coast of U.S., fed in part by Ian, they say will bring pounding surf, coastal flooding and windswept rainfall from Virginia to Long Island.