On March 19, 1916, eight Curtiss JN-3 "Jenny" airplanes with the First Aero Squadron took off from Columbus, N.M., to aid troops that had invaded Mexico in pursuit of the bandit Pancho Villa. It was the first U.S. air combat mission in history.

In 1909, financier J.P. Morgan, during a meeting with King Victor Emmanuel II of Italy in Rome, pledged to help wipe out the black hand and similar criminal societies in the United States through education.

In 1916, eight Curtiss JN-3 "Jenny" airplanes with the First Aero Squadron took off from Columbus, N.M., to aid troops that had invaded Mexico in pursuit of the bandit Pancho Villa. It was the first U.S. air combat mission in history.

In 1942, with World War II underway, all U.S. men between the ages of 45 and 64, about 13 million, were ordered to register with draft boards in what was sometimes called the "old man's draft."

In 1953, legendary filmmaker Cecil B. DeMille won the only Academy Award of his career when The Greatest Show on Earth, a big-budget extravaganza about circus life, was acclaimed the Best Picture.

In 2011, former U.S. Secretary of State Warren Christopher died of cancer at the age of 85. 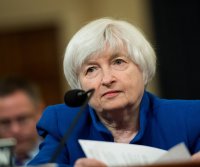 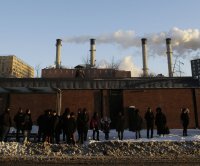 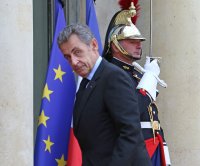 U.S. News // 1 hour ago
Watch live: Michigan board votes to certify votes from 2020 election
Nov. 23 (UPI) -- Government officials in Michigan will meet Monday afternoon to vote on certifying the results of the 2020 election, which President-elect Joe Biden won by about 150,000 votes.

U.S. News // 11 hours ago
Jehovah's Witness' suit says she lost state job over refusal to take loyalty oath
Nov. 23 (UPI) -- A Jehovah's Witness is alleging her religious freedom rights were violated when a California agency withdrew a job offer because she declined to sign a loyalty oath promising to defend the state and U.S. constitutions. 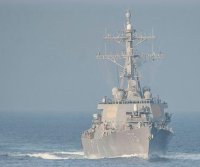