In This December 18, 2011 DOD Airmen of the 407th Air Expeditionary Group prepare to take-off on a C-17 Globemaster III cargo aircraft at Ali Air Base, Iraq. These airmen are the last service members to fly out of Iraq. The last remaining U.S. airmen left Iraq per the Iraq and U.S. 2008 Security Agreement that required all U.S. service members to be out of the country by Dec. 31, 2011. Since 2003, more than 1 million airmen, soldiers, sailors and Marines have served in Iraq. UPI/DOD | License Photo

The report found 134,000 civilians died of direct war violence in Iraq. This number does not account for indirect deaths due to increased vulnerability to disease or injury as a result of war-degraded conditions. That number is estimated to be several times higher, the researchers said. At least 3,400 U.S. contractors died in Iraq as well, the report said.

Iraq's healthcare infrastructure was devastated from sanctions before and during the war. More than half of Iraq's doctors left the country during the 2000s, and tens of thousands of Iraqi patients are forced to seek healthcare outside the country, the report said.

The $60 billion spent on reconstruction in Iraq went for military and police -- not infrastructure such as roads, healthcare and water treatment systems. The Special Inspector General for Iraq Reconstruction found massive fraud, waste and abuse of reconstruction funds, the report said.

Because the Iraq War appropriations were funded not by cutting U.S. expenses but from borrowing, the cumulative interest through 2053 could amount to more than $3.9 trillion, the report said.

The findings are published online at www.costsofwar.org. 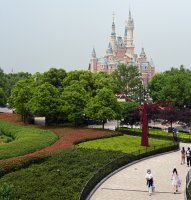