Members of the armed Palestinian group Popular Resistant Committees burn a US flag during a demonstration in support of Iraqi journalist Muntazer al-Zaidi, who threw shoes at US President George W. Bush in Iraq, in Gaza City on December 16, 2008.(UPI Photo/Ismael Mohamad) | License Photo

Members of the armed Palestinian group Popular Resistant Committees step on a poster of U.S. President George W. Bush during a demonstration in support of Iraqi journalist Muntazer al-Zaidi, who threw shoes at Bush in Iraq, in Gaza City on December 16, 2008.(UPI Photo/Ismael Mohamad) | License Photo

White House Press Secretary Dana Perino delivers her daily press briefing at the White House in Washington on December 16, 2008. Perino, who has a bruise under her right eye, was hit by a microphone stand during the scuffle that followed after an Iraqi journalist throw his shoes at President Bush during a news conference in Baghdad on Sunday. (UPI Photo/Kevin Dietsch) | License Photo

BAGHDAD, Dec. 16 (UPI) -- The Iraqi reporter who threw two shoes at the U.S. president will go before an Iraqi judge, the first step in a possible criminal prosecution, his lawyer said.

After Wednesday's hearing, a criminal court judge will decide whether there is sufficient evident to try reporter Muntader al-Zaidi, who threw his shoes -- an insult in Iraq -- at President George Bush during a weekend news conference in Baghdad, The New York Times reported Tuesday.

"I will introduce myself as his lawyer and demand the case be closed and Muntader be released because he did not commit a crime," said Dheyaa Saadi, al-Zaidi's lawyer and head of the Union of Lawyers in Iraq. "He only freely expressed himself to the occupier, and he has such a right according to international law."

Under Iraqi law, al-Zaidi could face up to seven years in prison for the crime of initiating an aggressive act against a head of a foreign state on an official visit, the newspaper said.

The brother of the al-Zaidi said the journalist wanted to humiliate Bush.

Dhirgham al-Zaidi said the reporter has a loathing for the "material American occupation" and the "moral Iranian occupation," CNN reported Tuesday.

World News // 22 minutes ago
Indonesia hunts for survivors after deadly quake in Sulawesi
Jan. 15 (UPI) -- A search for survivors is underway in Indonesia after a 6.2-magnitude earthquake hit the country's Sulawesi Island. 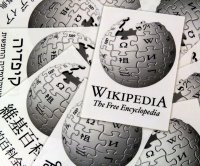