Fantasy Football Who's In, Who's Out: Week 11 NFL injury report 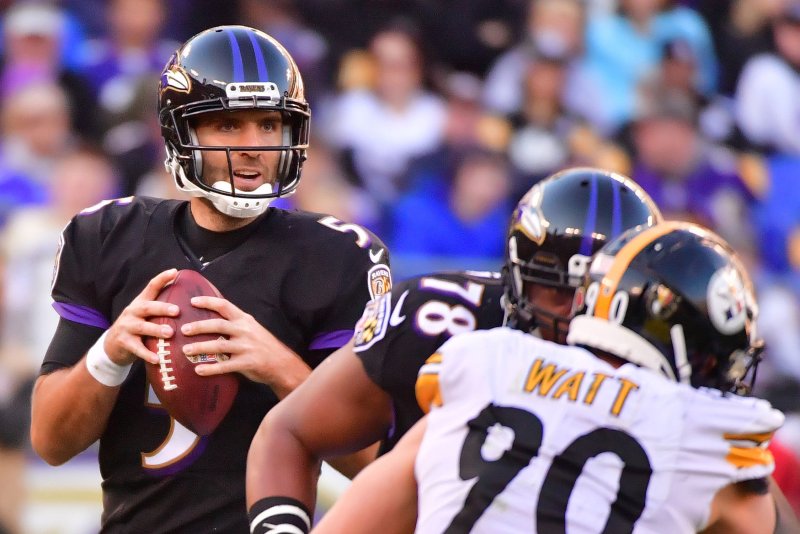 Call it a week of mystery surrounding the availability of Baltimore Ravens quarterback Joe Flacco for Sunday's crucial division game against the Cincinnati Bengals.

Flacco has not practiced all week because of a hip injury suffered against Pittsburgh in Week 9. The Ravens were on their bye last week. Friday's injury report lists him as doubtful, but head coach John Harbaugh has insisted that Flacco can play despite not practicing.

"I'm standing by that," Harbaugh said, before adding with tongue perhaps firmly implanted in his cheek, "He's coming along beautifully. It's just amazing. Amazing, the recovery he's making."

If Flacco doesn't play, those quarterbacks could be Robert Griffin III and/or rookie Lamar Jackson with different packages for both. The latter missed practice Thursday because of an illness, but was back on the field Friday.

When asked if there is concern that Jackson missed an important day of practice in a week where he might be called on to play more than normal, Harbaugh said: "Absolutely. It's not ideal. Was it part of the plan? Apparently, it was."

Jackson has played at various times in the first nine games of the season, more as a runner than passer. He has rushed 28 times for 139 yards (5.0 average) with one touchdown, while completing 7-of-12 passes for 87 yards and a touchdown.

Griffin has not been active for any game this season, and last played in the regular season for the Browns in the final game of the 2016 season.