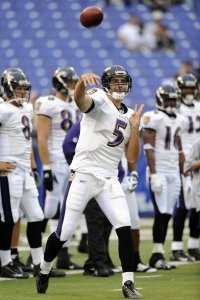 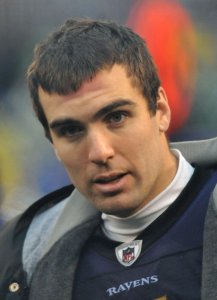 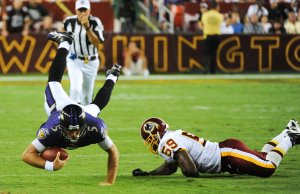 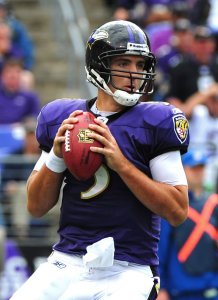 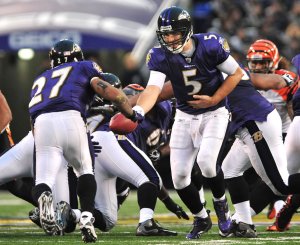 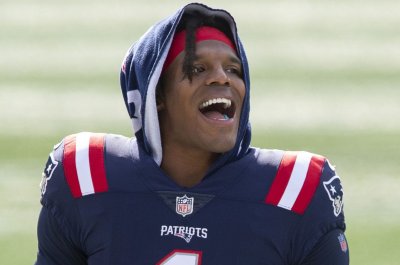 NFL // 3 months ago
Dolphins debut rookie Tua Tagovailoa in win over Jets
Ryan Fitzpatrick threw three touchdown passes to pilot a dominant Week 6 win, but it was another Miami Dolphins quarterback, Tua Tagovailoa, making his NFL debut, that drew the most excitement.

NFL // 8 months ago
Broncos QB Drew Lock motivated by John Elway
Denver Broncos quarterback Drew Lock says he wants to prove John Elway was right when he selected him in the 2019 NFL Draft. He plans to use that anecdote as motivation for the 2020 NFL season. 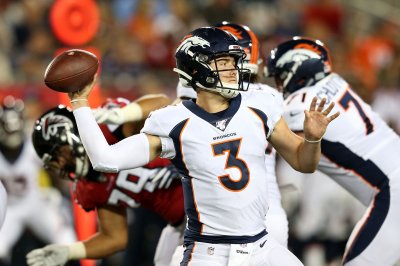 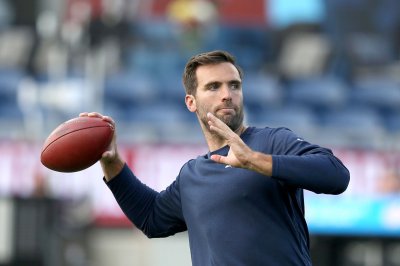 NFL // 1 year ago
Denver Broncos QB Joe Flacco to miss Browns game with neck injury
The Denver Broncos will be without starting quarterback Joe Flacco for Sunday's game against the Cleveland Browns.

Joseph Vincent "Joe" Flacco (born January 16, 1985) is the starting quarterback for the Baltimore Ravens. He played college football for the University of Pittsburgh and the University of Delaware. He was the 18th overall pick by the Ravens in the first round of the 2008 NFL Draft.

In his rookie year, he threw for 2,971 yards, 14 touchdowns, and 12 interceptions while starting all 16 regular season games to become only the eighth rookie quarterback in NFL history to start a playoff game. By leading the Ravens to two road wins in the 2008-09 NFL Playoffs, he became the first rookie quarterback in league history to win two playoff games. In his second season, Flacco improved to 3,613 yards, 21 touchdowns, and 12 interceptions, and set single season franchise records for completion percentage (63.1) and quarterback rating (88.9). In his third year in the NFL, Flacco is ranked first all time in Ravens history for passing yards (10,081) and passing touchdowns (60). By starting in two playoff games in 2009, Flacco earned the record for most starts by a quarterback in the first two seasons in NFL history (38). Flacco became just the fourth quarterback to bring his team to the playoffs in his first three seasons, and is the first to win a game in each.

Flacco comes from a tight-knit Italian-American family. He played football at Audubon High School in Audubon, New Jersey, and was the starting quarterback for the Green Wave. The Flacco family is originally from Haddon Township, New Jersey, where his parents live today.

FULL ARTICLE AT WIKIPEDIA.ORG
This article is licensed under the GNU Free Documentation License.
It uses material from the Wikipedia article "Joe Flacco."
Back to Article
/