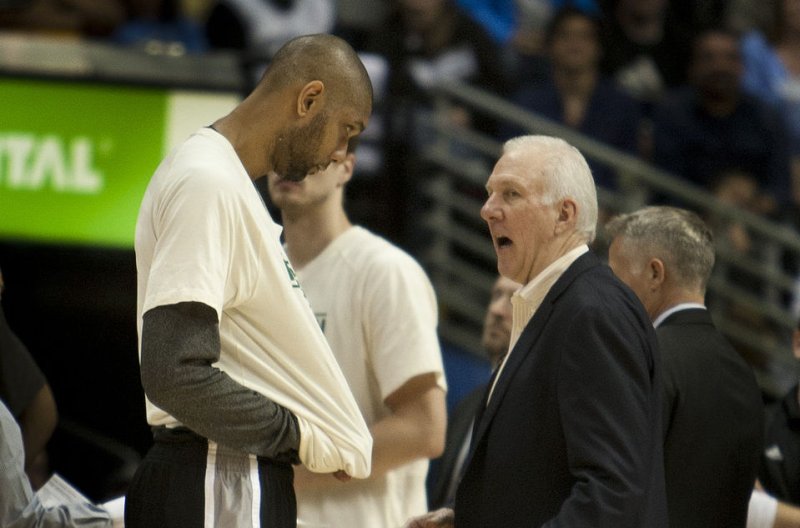 Nov. 11 (UPI) -- Former San Antonio Spurs star big man Tim Duncan is stepping away from his role as a full-time assistant coach for the franchise.

League sources informed ESPN and the New York Times of Duncan's decision to step down Wednesday. He spent one season as an assistant under head coach Gregg Popovich after the team hired Duncan in July 2019.

However, Duncan -- a member of the Basketball Hall of Fame's 2020 class -- didn't join the Spurs for the NBA's restart this summer at the Walt Disney World Resort bubble. He remained in San Antonio to help All-Star big man LaMarcus Aldridge rehabilitate from a shoulder injury.

For the first three years after his retirement from playing in 2016, Duncan wasn't an official member of the Spurs' coaching staff but was a frequent visitor and helper at the team's practice facility. After Duncan agreed to join the Spurs' staff, Popovich noted that he didn't believe the legendary forward would have a lengthy coaching career.

"Something tells me it's not going to be his passion for life, but he's going to be great this year," Popovich said at the Spurs' media day before the start of this past season.

Duncan, who was a 15-time All-Star selection, spent his entire 19-year playing career with the Spurs. He won five NBA championships with the organization and was a two-time MVP.

Duncan also won three Finals MVP awards and was the league's Rookie of the Year in the 1997-98 campaign. He is widely considered the greatest power forward in NBA history.