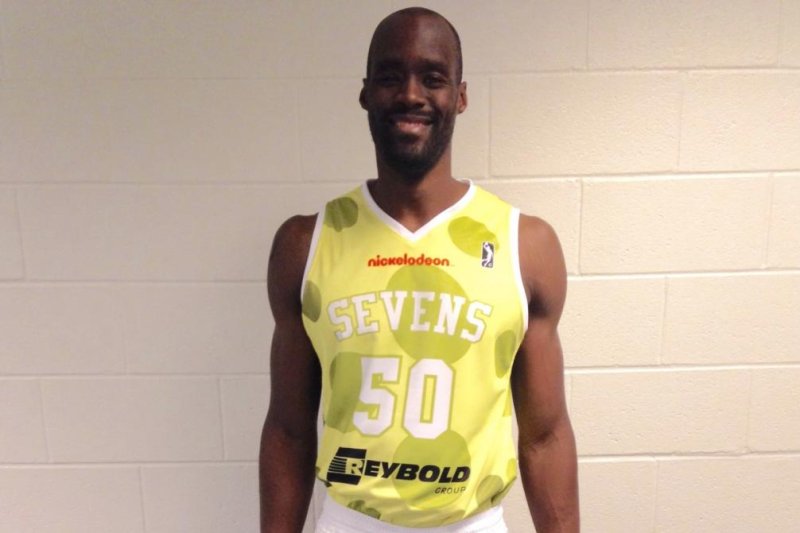 Jan. 3 (UPI) -- Have you ever wondered what a professional basketball player would look like dressed as SpongeBob SquarePants?

The Delaware 87ers - a G-League affiliate for the Philadelphia 76ers - sported the Nickelodeon-themed threads on Wednesday when they faced off against the Erie BayHawks at the Bob Carpenter Sports Convocation Center in Newark, Delaware.

They sported the special kits for Nickelodeon Night. The uniforms will be autographed and auctioned off to fans after the game. Proceeds will be donated to Child, Inc., an agency that provides prevention and treatment programs that meet the changing needs of families. The agency helps Delaware children and families through crisis.

Okafor modeled the jersey's before the game, showing off his 6-foot-10, 255-pound frame in the cartoon threads.

This isn't the first time the 87ers have sported special threads. Delaware wore Star Wars BB-8 outfits on Dec. 27 for Star Wars Night and Patriotic-themed threads on Feb. 10. They wore R2-D2 jerseys for another Star Wars Night on Jan. 6.

The 87ers were 6-15 entering Wednesday's game, good for last place in the Southeast Division in the Eastern Conference.