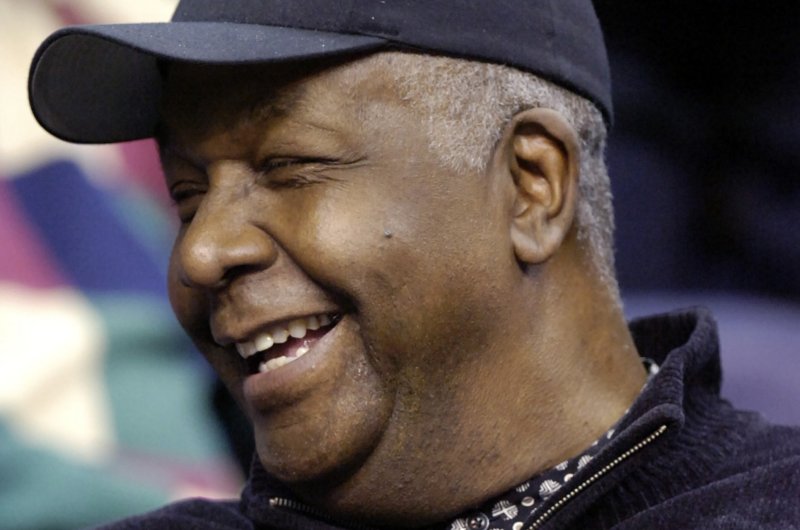 The cause of death was not released.

"We are heartbroken to share the news of the passing of our father, John Thompson, Jr.," the Georgetown men's basketball program said in a statement.

"Our father was an inspiration to many and devoted his life to developing young people not simply on, but most importantly off the basketball court.

"He is revered as a historic shepherd of the sport, dedicated to the welfare of his community above all else. However, for us, his greatest legacy remains as a father, grandfather, uncle and friend.

"More than a coach, he was our foundation. More than a legend, be was the voice in our ear every day."

Thompson led the Hoyas to 20 NCAA Division I men's basketball tournament appearances. The Hoyas went to the Final Four three times under Thompson.

Patrick Ewing led Thompson's Hoyas to the 1984 title with a win over Hakeem Olajuwon's Houston Cougars in that year's national championship.

"Thanks For saving my life coach," Iverson tweeted Monday. "I'm going to miss you, but I'm sure that you are looking down on us with a big smile.

"I would give anything just for one more phone call from you only to hear you say, 'hey [expletive],' then we would talk about everything except basketball."

Thompson also led the U.S. men's national team to a bronze medal at the 1988 Olympics. He was inducted into the Naismith Memorial Basketball Hall of Fame in 1999.

"He was my mentor, great teacher, hero and a father figure to so many us who got the chance to play for him," Mutombo wrote on Instagram.

"Under coach Thompson, I learned a lot about the game of basketball, but most importantly I learned how to be a man in society. We will really miss him."

Thompson starred as a player at Archbishop Carroll High School in Washington, D.C., before he led Providence to a 1963 NIT championship.

He joined the Boston Celtics as a third-round pick in the 1964 NBA Draft, but his NBA career ended after two seasons. The Celtics won back-to-back NBA titles in 1965 and 1966.

Thompson began his coaching career in 1966 at St. Anthony Catholic School in Washington, D.C. He posted a 122-28 record there before he took over at Georgetown.

He resigned midway through the 1998-99 season and never returned to coaching. Thompson's son, John Thompson III, became coach of the Hoyas in 2004 and held the role until he was fired during the 2016-17 season.

"The Friar family mourns the loss of John Thompson," the Providence men's basketball program tweeted. "He was a legendary player and an even greater person. Our thoughts and prayers are with the Thompson family."

Ewing now serves as coach of the Hoyas and has a 49-46 record in three seasons at the school.

Thompson is survived by his sons John Thompson III and Ronny and daughter Tiffany.