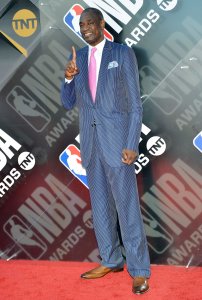 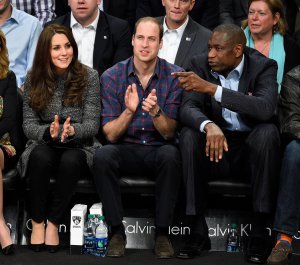 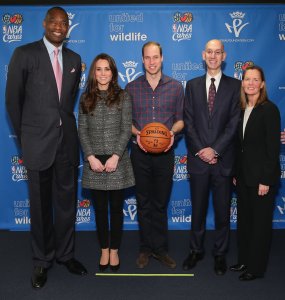 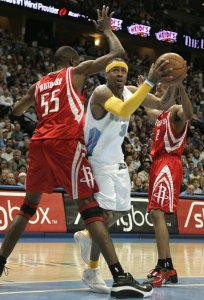 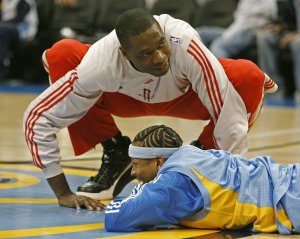 Sports News // 5 years ago
Chicago Cubs play like they have no worries
CHICAGO -- Somebody forgot to tell the Chicago Cubs that they are supposed to feel stressed.

Dikembe Mutombo Mpolondo Mukamba Jean-Jacques Wamutombo (born June 25, 1966), commonly referred to as Dikembe Mutombo, is a retired Congolese American professional basketball player last playing for the Houston Rockets of the NBA. He was the oldest player in the NBA at the time of his most recent season.

The 7 ft 2 in (2.18 m), 260-pound (120 kg; 19 st) center is generally regarded as one of the greatest shot blockers and defensive players of all time, winning the NBA Defensive Player of the Year Award four times. On January 10, 2007, he surpassed Kareem Abdul-Jabbar as the second most prolific shot blocker in NBA history, behind only Hakeem Olajuwon. He is a member of the Luba ethnic group and speaks English, French, Spanish, Portuguese and five African languages. In the second game of the first round of the 2009 NBA playoffs, Mutombo suffered a knee injury that would keep him out for the remainder of the post-season. Soon after the injury, Mutombo announced he had played his last games in the NBA.

FULL ARTICLE AT WIKIPEDIA.ORG
This article is licensed under the GNU Free Documentation License.
It uses material from the Wikipedia article "Dikembe Mutombo."