NASCAR events, with no fans attending, mark return of sports to U.S.

Denny Hamlin (11), Kevin Harvick (4), Kyle Busch (18) and Matrtin Truex Jr. (19) will be among the drivers in the field for the Cup Series race Sunday at Darlington Raceway in Darlington, S.C. File Photo By Gary I Rothstein/UPI | License Photo

May 13 (UPI) -- NASCAR races will be back starting next week as live sports events try a gradual return after being suspended due to the coronavirus pandemic.

NASCAR's season, initially without fans in the stands, will resume with a Cup Series race at 3:30 p.m. EDT Sunday at Darlington Raceway in Darlington, S.C. The 400-mile, 292-lap race will air on Fox.

A second Cup Series race will take place at 7:30 p.m. EDT May 20 at Darlington Raceway and will air on FS1.

The NASCAR season has been suspended since mid-March.

RELATED On This Day: NASCAR racer Adam Petty dies at 19

NASCAR will use a random draw based on car owner standings to decide the starting lineup for Sunday's race.

NASCAR also will hold an Xfinity Series race at 8 p.m. EDT Tuesday at Darlington Raceway. The NASCAR Cup Series schedule continues with a Sunday-Wednesday-Sunday format through the end of May.

Drivers will also have modified competition cautions in the early portion of the race. The field will be frozen to accommodate longer pit stops. Pit road will open to the top 20 before it opens to the next 20 on the following lap.

NASCAR has limited Cup Series teams to 16 traveling team members, including the driver and pit crew members. Every NASCAR team member who travels to the track must fill out a health questionnaire and have their temperature taken.

Teams have also been told not to give handshakes, fist-bumps or exhibit other contact-involved celebratory behavior.

Fox's broadcast crew will call the race from a studio in Charlotte, but pit reporter Regan Smith will be on site. Press box access will be limited to four reporters and no in-person interviews will be available. The top-three drivers and the first-place crew will be available after the race on Zoom video conference.

NASCAR drivers participated in an eNASCAR iRacing Pro Invitational Series as the Cup Series was on hiatus due to the pandemic. Now some of the best drivers in Formula 1 history will pack the field for a race at a virtual version of Indianapolis Motor Speedway.

"I'm excited about heading to the Indianapolis Motor Speedway with the Legends Trophy," Franchitti said.

"It's a place that changed my life forever by virtue of my three Indy 500 victories. While the rewards are brilliant, the pressure and stress to perform and make no mistakes at the speedway can be intense."

The Formula 1 season scheduled to begin in March has been postponed indefinitely. Formula 1 officials hope to start the season this summer.

Sports News // 2 hours ago
U.S. men's basketball team advances to semifinals with win over Spain
Aug. 3 (UPI) -- Team USA has advanced to the semifinals in men's Olympic basketball with a strong win against Spain on Tuesday. 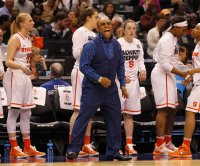 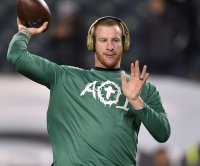