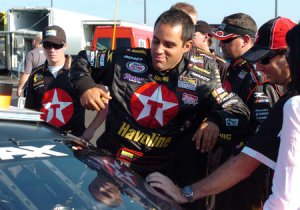 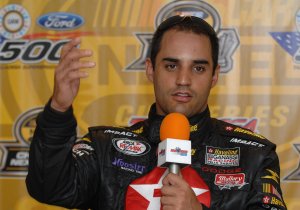 Sports News // 8 months ago
NASCAR events, with no fans attending, mark return of sports to U.S.
NASCAR races will be back starting next week as live sports events try a gradual return after being suspended due to the coronavirus pandemic. 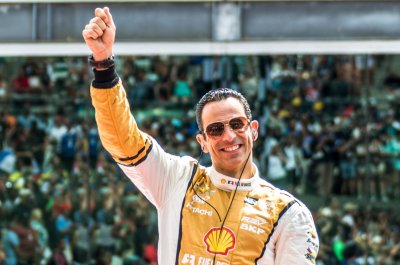 Sports News // 3 years ago
Are NASCAR drivers still struggling on road courses?
There was a time when road racing was hazardous to a NASCAR driver's career. When the sanctioning body first returned to road racing at Watkins Glen, N.Y., in 1986 and then three years later in Sonoma, Calif., many of the drivers openly expressed their dislike for right as well as left turns. Some were replaced by "ringers" -- drivers with expertise on road courses in other types of racing.

Sports News // 3 years ago
2017 Indianapolis 500: Fernando Alonso heads formidable field at Indy 500
The motorsports mania is about to begin, and it's not all tied to Fernando Alonso, the two-time Formula One champion tackling the Indy 500 for the first time.

I was actually surprised we even fought for the win, to be honest

It's a shame to start so far away on the grid

It's a bit disappointing that I could not put all my three best sectors together, as otherwise I would be on pole position now

I could have pushed (Martin) out of the way, but I respect him a lot

Juan Pablo Montoya Roldán (born September 20, 1975) is a Colombian race car driver known internationally for participating and winning in Formula One and CART race competitions. He has enjoyed great success. Currently, he competes in NASCAR, driving the #42 Target Chevrolet Impala for Earnhardt Ganassi Racing in the Sprint Cup Series. He and wife Connie have three children: son Sebastian and daughters Paulina and Manuela.

The highlights of his career include winning the International F3000 championship in 1998, and the CART Championship Series in 1999, as well as victories in some of the most prestigious races in the world. He is the only driver to have won the premier North American open-wheel CART title, the Indianapolis 500 and the 24 Hours of Daytona, all at the first attempt. Montoya is one of two drivers to have won the CART title in his rookie year, the first being Formula One World Champion Nigel Mansell in 1993. He has also equalled Graham Hill's feat of being a Monaco Grand Prix and Indianapolis 500 race winner; Montoya is currently one of only two active drivers (along with Jacques Villeneuve) who has won two legs of the Triple Crown of Motorsport.

Montoya has also become a crossover race winner by winning races (starting in each case in his rookie year) in Formula One, CART, IndyCar, Grand-AM and NASCAR equalling in that respect Mario Andretti's caliber of success (except for the F1 World Championship); And shares honors as well with Dan Gurney in being IndyCar/F1/NASCAR race winner. Montoya is also the only driver to have competed in all three major events at Indianapolis, finishing fourth or better in each event. He finished 1st in the Indianapolis 500, 2nd in the Brickyard 400, and 4th in the US Grand Prix.

FULL ARTICLE AT WIKIPEDIA.ORG
This article is licensed under the GNU Free Documentation License.
It uses material from the Wikipedia article "Juan Pablo Montoya."
Back to Article
/