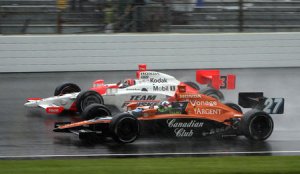 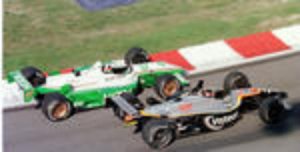 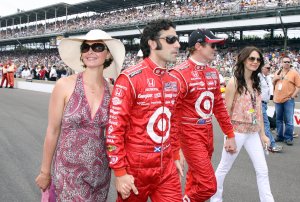 Sports News // 8 months ago
NASCAR events, with no fans attending, mark return of sports to U.S.
NASCAR races will be back starting next week as live sports events try a gradual return after being suspended due to the coronavirus pandemic.

Sports News // 3 years ago
2017 Indianapolis 500: Fernando Alonso heads formidable field at Indy 500
The motorsports mania is about to begin, and it's not all tied to Fernando Alonso, the two-time Formula One champion tackling the Indy 500 for the first time.

Sports News // 4 years ago
Dale Earnhardt Jr.: 10 questions about the future of NASCAR's most popular driver
The Most Popular Driver in NASCAR continues to be sidelined by the symptoms of a concussion that began after a crash at the Michigan International Speedway in June. With the Sprint Cup returning to the Michigan track this weekend, questions continue to loom about his future in the sport.

Sports News // 4 years ago
IndyCar: Chip Ganassi team aims at a moving Target
Chip Ganassi's IndyCar team now has a Target on its back, at least for the time being.

Sports News // 4 years ago
Andretti Autosport aims to continue IndyCar success in Iowa
NEWTON, Iowa -- The IndyCar Series rolls into corn country this weekend with the very strong likelihood of Andretti Autosport being fed a lot of success.

To get a win for the Target team today is awesome, and it's a lot of fun

There were about three laps out there I really felt like I had things going, but I was a bit greedy on the curbs and I just messed things up

My quickest lap would have been my last one, but I caught Max (Papis) with three corners left and that held me up

George Dario Marino Franchitti (born 19 May 1973) is a Scottish racing driver of Italian descent. He formerly competed in the CART series before switching to the IndyCar Series where he was 2007 champion, and won the rain-shortened 2007 Indianapolis 500. Franchitti is also a former NASCAR driver for Chip Ganassi Racing, competing until mid-2008 when his team shut down. Franchitti returned to the IndyCar Series for the 2009 season, driving the #10 Target Honda/Dallara for Target Chip Ganassi Racing. He is the current, three-time IndyCar Series champion after claiming a third title in 2010 in addition to his 2007 and 2009 titles. On May 30, 2010, he won his second Indianapolis 500 race.

He also competed in the American Le Mans Series for Andretti Green Racing with his brother Marino and former IndyCar Series teammate Bryan Herta. He won the 2007 BBC Scotland Sports Personality of the Year award. Franchitti was born in Bathgate, West Lothian, Scotland.

FULL ARTICLE AT WIKIPEDIA.ORG
This article is licensed under the GNU Free Documentation License.
It uses material from the Wikipedia article "Dario Franchitti."
Back to Article
/