By
Brian Hedger, The Sports Xchange 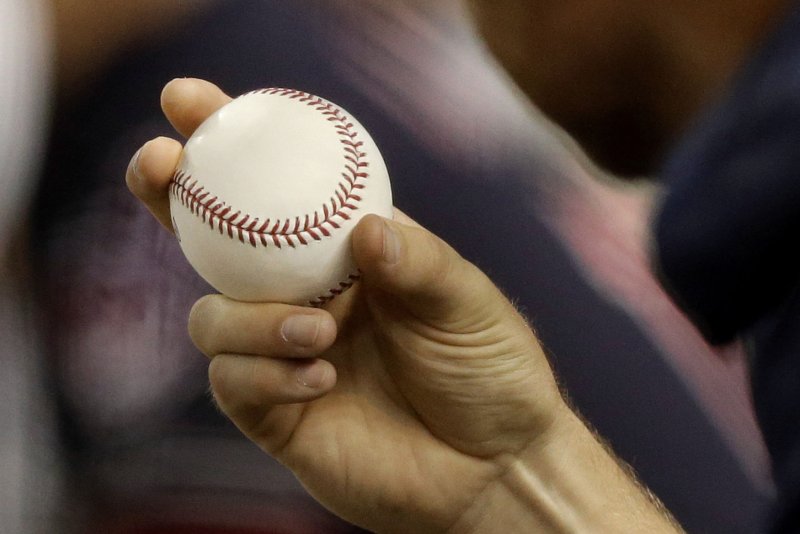 CHICAGO -- Cody Anderson finally put together the kind of outing he'd sought in two previous stints with the Cleveland Indians this season.

Called up as the 26th man for a doubleheader, Anderson led the Cleveland Indians to a 5-1 victory Monday at U.S. Cellular Field that split a doubleheader that started a four-game series against the Chicago White Sox.

The Indians hit three home runs and Anderson allowed just one run in seven innings for the win, lowing his earned-run average of 7.99 to 6.81.

"I really just kind of focused in the bullpen (before the game) on what I did at Triple-A and was able to get the ball down in the zone and bury a couple pitches when I needed to," said Anderson, who struck out nine and walked none. "It's huge to give the team a chance to win. It was the first time in a while."

It was Anderson's third career start against the White Sox and second this season, after allowing two runs in six innings for a no-decision April 9 in Chicago's 7-3 win.

"He had really good stuff today," said Chicago's Austin Jackson, who went 1-for-3 with a triple and was thrown out at the plate on a ground ball in the eighth. "He was throwing all of his pitches for strikes, kind of keeping us off balance, and we just really couldn't get anything going off of him."

Rajai Davis, Juan Uribe and Jose Ramirez each hit home runs to lead the way offensively for Cleveland, with Ramirez's homer giving him two for the day and three on the season. The Indians (23-20) scored once in the second and twice in both the fifth and seventh off Chicago starter Erik Johnson (0-2), who allowed five runs in 6 2/3 innings.

Todd Frazier went 2-for-4 with a double and Melky Cabrera went 2-for-4 to lead the White Sox (27-19), who retained their 2 1/2 game lead in the AL Central with the split. They could've pushed it to 4 1/2 after winning the first game 7-6, but Anderson made sure that didn't happen with his best start of the season.

"He gave up four or five hits early and then nothing after that," Indians manager Terry Francona said. "He missed some bats, had some strikeouts, no walks and that was really good. For one, we needed a win, but it's nice to see him pitch like that."

Cleveland took a 1-0 lead in the second inning on Ramirez's solo homer. Chicago tied it 1-1 on back-to-back hits with two outs in the third, including a double by Frazier, but the Indians went back in front 3-1 in the fifth on Davis' two-run homer off Johnson with two outs.

In the first game, the White Sox won on home runs from Brett Lawrie and Frazier, plus six solid innings out of starter Mat Latos, who improved to 6-1 on the season. They had a chance to break the game open early against Anderson in the nightcap, but struggling Cuban slugger Jose Abreu left runners on base in both the first and third innings.

"Anytime we get guys on, you want to be able to do it, especially after winning the first game of a doubleheader," White Sox manager Robin Ventura said. "But their guy was up to it."

NOTES: The first game of Monday's doubleheader between Cleveland and Chicago was the 18,000th game in the Indians' history. The second game was the 18,000th game in White Sox history. According to STATS, Inc., it's the first time in major league history two teams playing each other have reached milestone games on the same day. ... Chicago recalled RHP Tommy Kahnle from Triple-A Charlotte on Monday as their 26th man. Kahnle, 26, was active for both games against the Indians. ... Following the first game, Chicago recalled RHP Erik Johnson and optioned 2B Carlos Sanchez to Triple-A Charlotte. Johnson started the second game. ... The Indians recalled RHP Cody Anderson from Triple-A Columbus as their 26th man, and he started the second game. ... Cleveland placed RHP Joba Chamberlain (left intercostal strain on the 15-day disabled list Monday and recalled LHP Ryan Merritt from Triple-A Columbus. ... Indians RHP Carlos Carrasco (left hamstring strain) threw a three-inning simulated game followed by 10 more pitches in the bullpen. He will make a three-inning rehab start May 28 with Low-A Lake County. ... LF Michael Brantley (right rotator cuff) will start swinging a bat Tuesday and be re-evaluated after Cleveland returns home following this series.