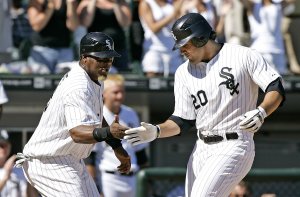 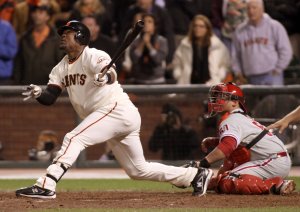 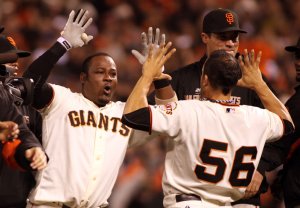 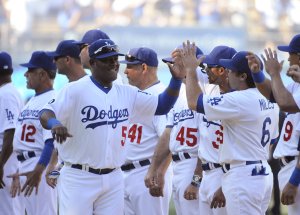 Sports News // 4 years ago
Stephen Strasburg, Washington Nationals too strong for Cleveland Indians
CLEVELAND -- Sometimes an ace really needs to be an ace.

Sports News // 4 years ago
Mark Trumbo powers Baltimore Orioles over Cleveland Indians
BALTIMORE -- The Baltimore Orioles are beginning to find the kind of starting pitching they've been waiting for all season.

Sports News // 4 years ago
Brian McCann carries New York Yankees past Cleveland Indians in 11
CLEVELAND -- The New York Yankees and their closer Aroldis Chapman both worked overtime Saturday, but the result was a Yankee win, so it was worth it.

Sports News // 4 years ago
Nick Castellanos helps Detroit Tigers snap 11-game skid vs. Cleveland Indians
CLEVELAND -- All bad things must come to an end, and a really bad one came to a halt on Wednesday for the Detroit Tigers. 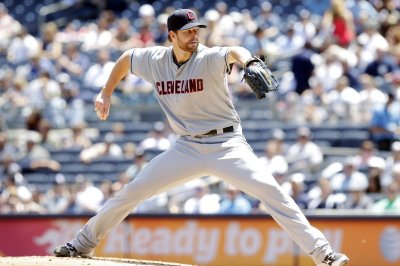 Sports News // 4 years ago
Carlos Santana belts pair of homers as Cleveland Indians jolt Los Angeles Angels
ANAHEIM, Calif. -- Carlos Santana culminated his recent surge during a personally frustrating season with one of his most productive games of the year.

Juan C. Uribe Tena (born March 22, 1979 in Baní, Dominican Republic) is a Major League Baseball infielder for the Los Angeles Dodgers. He began his career in 1997 when he was signed to the Colorado Rockies, and played with the team until December 3, 2003 when he was traded to the Chicago White Sox. While Uribe was with the White Sox, the team won the 2005 World Series against the Houston Astros. In 2009, he was signed to a minor league contract with the Giants with whom he won another ring in the 2010 World Series.

Uribe was signed as an amateur free agent by the Colorado Rockies in 1997. He started playing in the Dominican Summer League for the DSL Rockies. In 1998 and 1999, he played in the Rookie Class Arizona Rookie League and the Single-A Asheville in the South Atlantic League. While in single-A, he batted .392 with 28 doubles and a 15 game hitting streak. He remained in Single-A until 2001, when he was called up by the Rockies.

Uribe played 72 games for the Rockies in his rookie season of 2001. He batted .300, had 8 home runs, and 53 RBI. He also had 11 triples, tying a club record held by Neifi Perez and Juan Pierre. He was called back to AAA Colorado Springs three times over the season, but played most of the end of the season in the majors. He tied 3 other franchise records, with two hits, two extra base hits, and six total bases in a single inning during an October 7 game against the San Diego Padres.

FULL ARTICLE AT WIKIPEDIA.ORG
This article is licensed under the GNU Free Documentation License.
It uses material from the Wikipedia article "Juan Uribe."
Back to Article
/