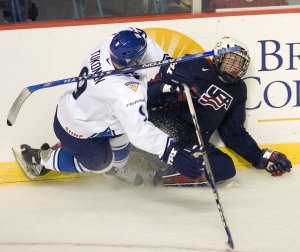 Sports News // 1 month ago
Knicks Go wins Pegasus, Caddo River joins Kentucky Derby picture
Knicks Go flat got up and went in the $3 million Pegasus World Cup at Gulfstream Park Saturday and his impressive victory could send him to even richer targets in the Middle East in the coming months. 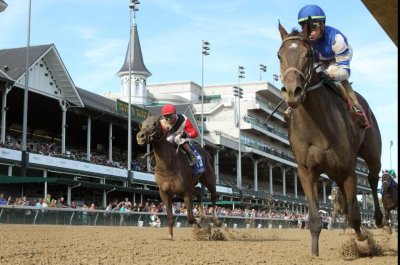 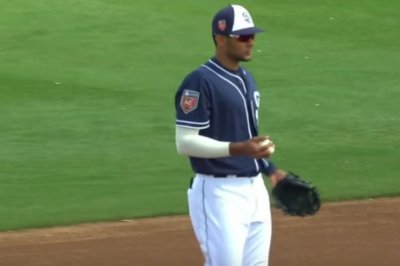 NHL // 2 years ago
Avalanche aim to keep Oilers from cooking at home
Now that the Edmonton Oilers are back home, their immediate focus is on ending a three-game losing streak in which they gave up an average of more than four goals per game.

NHL // 2 years ago
Avs hope to delay vacation, extend series with Preds
The Colorado Avalanche players were supposed to be cleaning out their lockers this weekend, talking about their return to the playoffs and speaking optimistically of next season.

Erik Robert Johnson (born March 21, 1988) is an American ice hockey defenseman for the Colorado Avalanche in the National Hockey League (NHL). He was formerly with the St Louis Blues. Johnson, the number one overall pick in the 2006 NHL Entry Draft, was drafted by the Blues from the U.S. under-18 national team and played one season at the University of Minnesota before transferring to the NHL.

Johnson played hockey for the Academy of Holy Angels in Richfield, Minnesota, before transferring to Ann Arbor, Michigan, to play for the National Team Development Program (NTDP). Johnson is one of the few Americans to have been chosen first in the NHL Entry Draft. The previous American to be chosen first overall was goaltender Rick DiPietro in the 2000 by the New York Islanders. Mike Modano and Brian Lawton were also top American draft picks in the 1988 and the 1983 drafts respectively, having both been selected first overall by the Minnesota North Stars. American Patrick Kane followed Johnson in 2007 going first overall.

He played for the University of Minnesota Golden Gophers during the 2006–07 season. Johnson was signed by the St. Louis Blues to a three-year entry level contract on April 20, 2007.

FULL ARTICLE AT WIKIPEDIA.ORG
This article is licensed under the GNU Free Documentation License.
It uses material from the Wikipedia article "Erik Johnson."
Back to Article
/