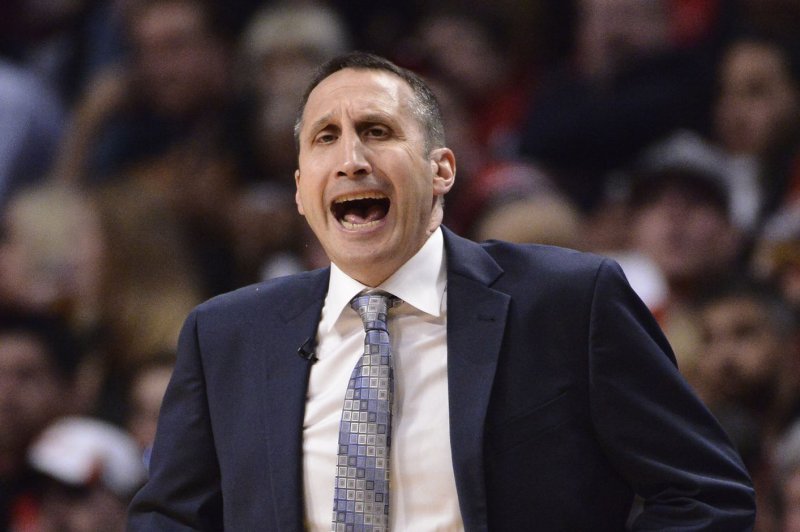 Former Cleveland Cavaliers head coach David Blatt yells during the second quarter of game 6 of the Eastern Conference Semifinals of the NBA Playoffs against the Chicago Bulls at the United Center on May 14, 2015 in Chicago. The Cavaliers defeated the Bulls 94-73, winning the series 4-2 and advancing the the Eastern Conference Finals. Photo by Brian Kersey/UPI | License Photo

Former Houston Rockets head coach Kevin McHale signals to his team during the fourth quarter against the Chicago Bulls at the United Center in Chicago on March 13, 2014. UPI/Brian Kersey | License Photo

As the Kings shop for their fourth head coach since the end of the 2014 season, the list of candidates to replace George Karl in Sacramento is multiplying.

David Blatt, who took the Cleveland Cavaliers to the NBA Finals in 2015 but was let go in January and replaced by top assistant Tyronn Lue, interviewed with general manager Vlade Divac this week.

Karl was 44-68 in one-plus season with the Kings, who hired him to replace Tyrone Corbin.

Kings assistant coach Corliss Williamson was also scheduled to be interviewed for the position.