The Giants were ahead 2-0 heading into the bottom of the fourth when Andre Ethier doubled off of San Francisco starter Tim Lincecum (2-3) and then took third on a single by Bobby Abreu. Ethier scored on a single by Juan Uribe, and Abreu and Uribe advanced on a wild pitch.

After James Loney struck out, A.J. Ellis drew a walk and Gwynn, pinch-hitting for Dodgers' starter Chad Billingsley, drove an 0-2 pitch to right, putting LA up 4-2.

In addition to the RBI single, Uribe had a double and scored twice for LA, which took two of three from the Giants.

Lincecum allowed four runs on eight hits with eight strikeouts and two walks over five innings for San Francisco, which lost for the ninth time in 15 games.

Lincecum drove in a run with a second-inning single. 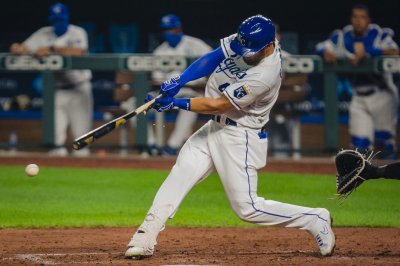