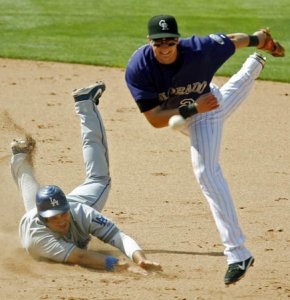 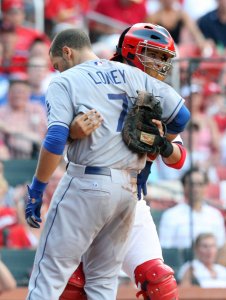 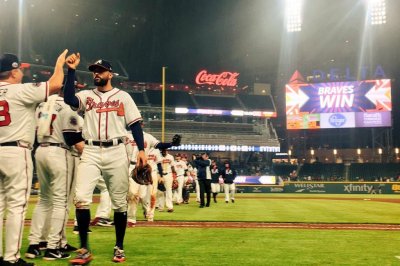 MLB // 3 years ago
Marcus Stroman powers Toronto Blue Jays to rout of Atlanta Braves
Marcus Stroman picked up another interleague victory for the Blue Jays on Thursday night and showed that it isn't just pitching that the right-hander enjoys. 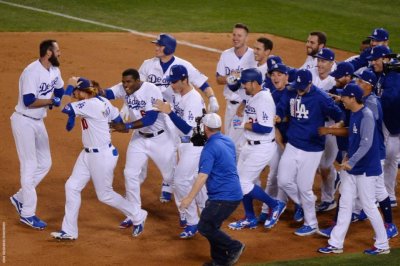 James Anthony Loney (born May 7, 1984 in Houston, Texas) is a first baseman in Major League Baseball who plays for the Los Angeles Dodgers.

Loney had a stellar prep career (varsity 2000-02) at Elkins High School in Missouri City, Texas (suburban Houston). He hit .509 his senior season and also accumulated a record of 9-1 with a 1.80 earned run average as a pitcher, striking out 106 batters in 54 innings. After his senior year in 2002, he was named Player of the Year by Houston 5A Baseball, the Houston Chronicle and the Texas High School Writers Association, and was the Gatorade Baseball Player of the Year (Texas). Prior to the draft, Baseball America tabbed him as the best pure hitter in the draft, as having the second-best professional debut by a high school player selected and the second-closest high school player to reaching the major leagues, sliding Daniel Kelly Calhoun (Mascoutah IL, 1994) down to the third-best in MLB history.

Loney was drafted by the Los Angeles Dodgers in the first round (#19 overall). He had signed with Baylor University to play college baseball, but opted to sign a pro contract.

FULL ARTICLE AT WIKIPEDIA.ORG
This article is licensed under the GNU Free Documentation License.
It uses material from the Wikipedia article "James Loney."
Back to Article
/