This is New Year's Day.

In 45 B.C., New Year's Day was celebrated on Jan. 1 for the first time as the Julian calendar took effect.

In 1801, Ceres, classified as a dwarf planet, was discovered by Giuseppe Piazzi.

In 1803, two months after his defeat of Napoleon Bonaparte's colonial forces, Jean-Jacques Dessalines proclaimed the independence of Saint-Domingue, renaming it Haiti after its original Arawak name.

In 1863, the Emancipation Proclamation, introduced the previous September by Abraham Lincoln, took effect. It declared freedom for slaves in all areas of the Confederacy that were still in rebellion against the Union.

In 1890, the first Tournament of Roses parade took place in Pasadena, Calif.

In 1902, the University of Michigan beat Stanford, 49-0, in the inaugural Rose Bowl game in Pasadena, Calif.

In 1953, influential country singer Hank Williams, 29, died of a heart attack while in a limousine on the way to a show in Canton, Ohio.

In 1959, Fidel Castro declared victory in the Cuban revolution as dictator Fulgencio Batista fled the island.

In 1962, the Beatles auditioned for Decca records in London on the same day as Brian Poole and the Tremeloes. Decca chose the Tremeloes.

In 1993, the country of Czechoslovakia dissolved with the New Year, replaced by separate Czech Republic and Slovak states.

In 1994, the North American Free Trade Agreement between Canada, Mexico and the United States, took effect.

In 1998, a law went into effect in California banning smoking in bars and nightclubs. It already was illegal to smoke in the state's restaurants and cafes.

In 2002, 12 European countries turned in their own currency and adopted a common one, the euro. It was the biggest currency change in history.

In 2007, South Korea's Ban Ki-moon succeeded Kofi Annan of Ghana as secretary-general of the United Nations.

In 2009, police said a fire killed at least 52 people and injured about 100 at the two-story Santika Club in Bangkok. The fire erupted shortly after approximately 1,000 revelers rang in the New Year.

In 2010, a suicide bomber killed nearly 90 people, most of them children, during a New Year's Day volleyball game in Laki Marwat, a city in northwest Pakistan.

In 2013, Ivory Coast authorities said at least 60 people were killed in a stampede as crowds left a New Year's fireworks show at a stadium in Abidjan.

A thought for the day: It was U.S. President Theodore Roosevelt who said, "Do what you can, with what you have, where you are."

Odd News // 50 minutes ago
Artist carves 168-link chain from the graphite of a single pencil
Sept. 30 (UPI) -- An artist in Taiwan was awarded a Guinness world record for an unusual piece of sculpture -- a chain of 168 links carved from pencil graphite. 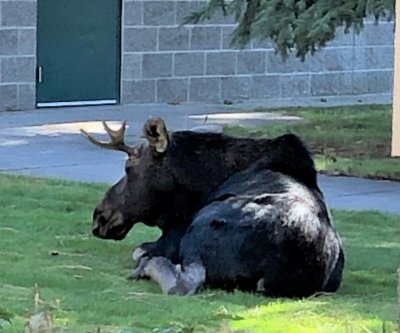 Odd News // 2 hours ago
Moose visits Idaho middle school while classes are in session
Sept. 30 (UPI) -- An Idaho middle school had to devise a special plan to release students from the building when the campus played host to an unexpected guest -- a moose.

Odd News // 4 hours ago
Escaped pet ferret climbs into bed with surprised stranger
Sept. 30 (UPI) -- A ferret that escaped from his owner's home in England was found early the next morning when he wandered into a stranger's home and climbed into bed with a resident.

Odd News // 6 hours ago
Man discovers ring lost in 1995 had been found years ago
Sept. 30 (UPI) -- A Canadian man who lost his gold ring -- a gift from his late mother -- during a day at the lake in 1995 learned it had been found by a man with a metal detector more than two decades ago. 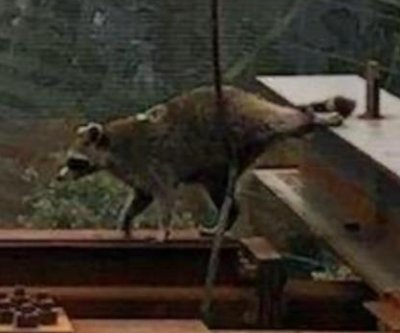 Pakistani man cracks 254 walnuts with his head for Guinness record 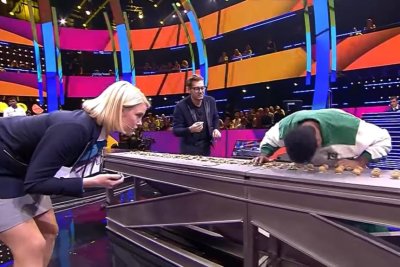