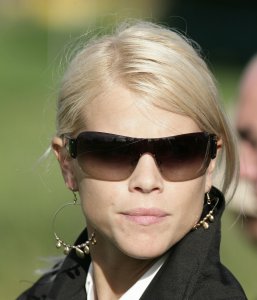 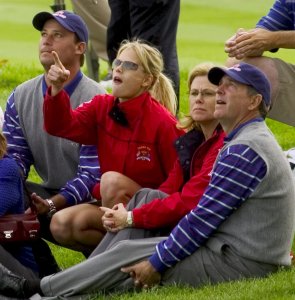 Top News // 3 years ago
The Almanac
On Jan. 1, 1959, Fidel Castro declared victory in the Cuban revolution as dictator Fulgencio Batista fled the island.

Entertainment News // 4 years ago
Gavin Rossdale ready 'to move on' after Gwen Stefani divorce
Bush frontman Gavin Rossdale admitted he's had "enough" of fan and media attention to his split from Gwen Stefani.

TV // 4 years ago
Lindsey Vonn on ex Tiger Woods: 'I loved him so much'
Olympic skier Lindsey Vonn reflected on her split from pro golfer Tiger Woods on Monday's episode of "Running Wild with Bear Grylls."

Golf // 4 years ago
Michael Jordan weighs in on Tiger Woods' retirement thoughts, 2009 fallout
As Tiger Woods' career continues to sink from his one-time dominant status, a superstar on his level is convinced that Woods will never again reach stardom and probably wants to retire.

Nordegren was born in Stockholm, Sweden. Her mother, Barbro Holmberg, is a politician and former Swedish migration and asylum policy minister. Her father, Thomas Nordegren, is a radio journalist who served as a bureau chief in Washington, D.C.. She has an older brother, Axel, and a twin sister, Josefin. Nordegren and her sister worked odd summer jobs and as cashiers in supermarkets to finance their studies. She started modeling in 2000, and appeared on the cover of Cafe Sport magazine in the summer of 2000.

Nordegren took a job in a Stockholm clothing store called Champagne, where she met Mia Parnevik, wife of Swedish golfer Jesper Parnevik, who hired Nordegren as the nanny to their children, a job that required her to move to the U.S. He introduced her to Woods during the 2001 British Open. Previously, Woods had asked for a year to be introduced to Nordegren, who was seeing someone else at the time. "There was a big line of single golfers wanting to meet her. They were gaga over her." She had hopes of becoming a child psychiatrist at the time and was concerned about appearing to be a "gold-digger". In November 2003, Woods and Nordegren attended the Presidents Cup tournament in South Africa and became officially engaged when Woods proposed at the luxury Shamwari Game Reserve.

FULL ARTICLE AT WIKIPEDIA.ORG
This article is licensed under the GNU Free Documentation License.
It uses material from the Wikipedia article "Elin Nordegren."
Back to Article
/