In 1787, Pennsylvania became the second state to ratify the U.S. Constitution.

In 1917, the Rev. Edward J. Flanagan, a 31-year-old Irish priest, opened the doors to Boys Town, a home for troubled and neglected children in Omaha. He lived by the adage, "There is no such thing as a bad boy."

In 1975, Sara Jane Moore said she willfully tried to kill U.S. President Gerald Ford. She was sentenced to life in prison but was released Dec. 31, 2007.

In 1990, 15 people were killed and more than 260 injured in a pileup of vehicles on a foggy Tennessee highway.

In 1991, the Russian Parliament ratified a commonwealth treaty linking the three strongest Soviet republics in the nation's most profound change since the 1917 revolution.

In 2005, Jibran Tueni, an anti-Syrian member of the Lebanese Parliament and head of a leading Lebanon newspaper, was assassinated when an explosion tore through his armored car outside Beirut.

In 2006, a Baghdad suicide bomber, luring the unemployed to his truck with promises of work, killed at least 60 people and injured 220 others.

And, Elizabeth Bolden, reportedly the world's oldest person, died at a Memphis nursing home at the age of 116. She was born Aug. 15, 1890, to freed slaves.

In 2007, central banks in Europe and North America worked on plans to lend billions of dollars to the U.S. banking system in an effort to ease the credit crisis.

Also in 2007, nearly 30 people were killed and 150 wounded when three car bombs exploded in the southern Iraqi city of Amara.

And, Alberto Fujimori, the former president of Peru, was convicted of abuse of power and sentenced to six years in prison.

In 2008, an Iraqi journalist, calling him a "dog," threw two shoes at U.S. President Bush during a news conference in the Iraqi prime minister's office in Baghdad. Bush ducked and wasn't struck.

In 2009, as many as 100,000 marchers from nearly 200 countries swarmed over central Copenhagen. Denmark, urging action on global climate change by representatives, sought international accord on mandatory cutbacks in greenhouse gases.

In 2010, a South Korean fishing boat with 42 people aboard sank north of Antartica. There were 20 reported survivors. The boat's owner said the craft might have hit an iceberg.

Also in 2010, fire broke out aboard Delta flight 268 shortly after takeoff from New York's JFK International Airport bound for Israel and forced an emergency landing. No one was injured.

Odd News // 13 hours ago
Man discovers $2M lottery jackpot hours after crashing car
Jan. 27 (UPI) -- A North Carolina man who started off his day with a car accident said his luck turned around when he won a $2 million lottery jackpot later in the same day.

Odd News // 14 hours ago
New York man's class ring found after 11 years
Jan. 27 (UPI) -- A New York man who lost his high school class ring during a walk in the park was reunited with the ring 11 years later, thanks to the daughter of the man who found it.

Odd News // 17 hours ago
Facebook apologizes for confusing landmark name with offensive term
Jan. 27 (UPI) -- Facebook has apologized after visitors to a popular seaside landmark in Britain found their posts removed because the name of the location was confused for a misogynistic term. 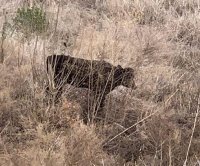