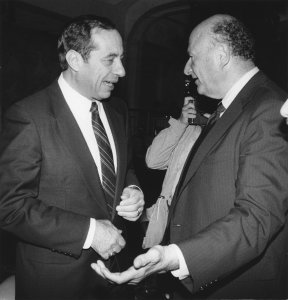 U.S. News // 1 month ago
'Peace and love': Tributes to John Lennon mark 40th anniversary of his death
For millions around the world, it's a moment they'll always remember -- where they were, what they were doing and how they felt about it -- when they heard the news that music superstar John Lennon had been shot dead. 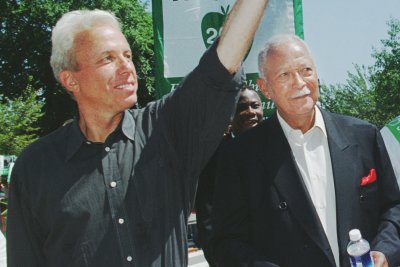 Koch was born in The Bronx, New York City, New York to a Conservative Jewish family residing in Newark, New Jersey, where his father worked at a theater. He enlisted into the United States Army in 1943 where he served as an infantryman with the 104th Infantry Division, landing in Cherbourg, France in September 1944. He earned two Battle Stars as a Combat Infantryman. He was honorably discharged with the rank of Sergeant in 1946. Koch returned to New York City to attend New York University School of Law and received his law degree in 1948.

FULL ARTICLE AT WIKIPEDIA.ORG
This article is licensed under the GNU Free Documentation License.
It uses material from the Wikipedia article "Edward Koch."
Back to Article
/