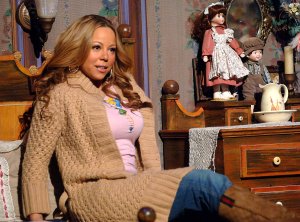 It's fun to be part of the first of anything, and bringing this kind of show to Branson may pave the way for more, high-concept musical theater

Rigby was born in Los Alamitos, California in 1952. She has an older brother, Steve Rigby; older sister, Michelle; younger brother Jeff, and a younger sister Jill. She is the daughter of Anita and Paul Rigby.

Rigby's participation in the 1968 Mexico City Olympics, as the highest-scoring U.S. gymnast made her a favorite with U.S. television audiences, and helped to popularize the sport in the U.S. She was U.S. National Gymnastic Champion in 1970 and 1972. Her greatest gymnastics accomplishment was winning a silver medal on the balance beam at the 1970 World Championships, being the first American woman to win a medal in World Gymnastics.

FULL ARTICLE AT WIKIPEDIA.ORG
This article is licensed under the GNU Free Documentation License.
It uses material from the Wikipedia article "Cathy Rigby."
Back to Article
/