Josh O'Connor and his TV drama "The Crown" won big at the Golden Globes on Sunday. File Photo by Jim Ruymen/UPI | License Photo

Rosamund Pike won Best Actress in a Comedy Film for "I Care a Lot" at the Golden Globes Sunday. File Photo by Jim Ruymen/UPI | License Photo

The Crown scene-stealers Emma Corrin and Josh O'Connor also earned the Globes for Best Actress and Actor in a TV Drama, and their co-star Gillian Anderson scored the Best Supporting Actress on TV trophy.

John Boyega earned the honor for Best Supporting Actor on TV for Small Axe and Mark Ruffalo won the statuette for Best Actor in a TV Movie, Limited Series or Anthology Series for his performance in I Know This Much is True.

Chloe Zhao won the Best Director of a Film Globe for helming Nomadland, which also was voted Best Drama Film.

Rosamund Pike earned the accolade for Best Actress in a Comedy Film for I Care a Lot.

Soul was deemed Best Animated Film, Minari was selected Best Foreign Language Film and Aaron Sorkin won the trophy for Best Film Screenplay for The Trial of the Chicago 7.

Norman Lear and Jane Fonda were also honored, respectively, with the previously announced Carol Burnett and Cecil B. DeMille awards for career achievement.

The Globes honor excellence in film and television. They are presented by the Hollywood Foreign Press Association.

Because of the coronavirus pandemic, Amy Poehler hosted the NBC event from California, while Tina Fey served as emcee for the New York portion of the show.

Audiences for the two ceremonies were made up of masked and socially distanced first responders and essential workers.

Winners appeared virtually from their homes and other locations.

"We are so grateful for the work that you do and that you are here so the celebrities can stay safely at home," Fey told the crowd.

"We know that you've seen a lot of crazy stuff at your job this year," Poehler added. "But you haven't seen the kind of stuff that we've seen at previous Golden Globes. This front table right here usually houses the biggest stars in the world."

The women then joked about seeing Meryl Streep so drunk she couldn't remember what movie she was in and Brad Pitt trying to interrupt and flirt with them. 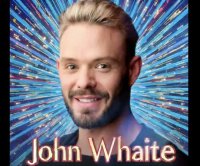 TV // 3 hours ago
'Cobra Kai' stars prep for All Valley Karate Tournament in Season 4 teaser
Aug. 5 (UPI) -- "Cobra Kai," a sequel series to the "Karate Kid" films, will return for a fourth season on Netflix in December. 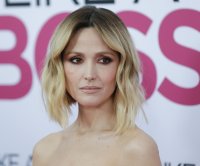