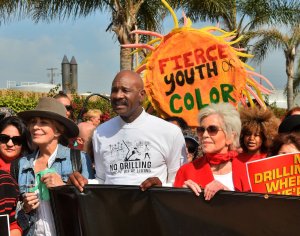 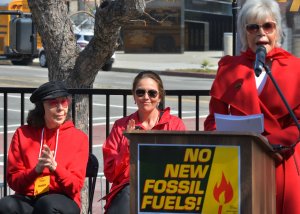 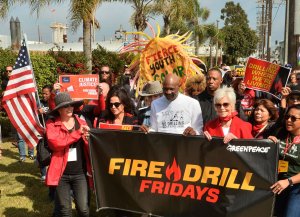 TV // 1 month ago
'Grace & Frankie' final episodes to debut on April 29
The final run of 12 "Grace & Frankie" episodes is set to premiere on Netflix April 29.

NFL // 2 months ago
Tom Brady to star alongside Jane Fonda, Sally Field, Lily Tomlin in '80 for Brady' movie
Seven-time Super Bowl champion Tom Brady will produce and act in the upcoming film '80 for Brady,' inspired by a true story of a group of best friends who take a road trip to the 2017 NFL title game.

I am very excited about being in Moises' new play. I can't wait to get back on stage with him in this role that I understand so well. It's been 40-some years

It wasn't that I wasn't a big fan. I hadn't seen the play. I live in Georgia

She parties all the time ... you know she's young and she can get away with it

The image of Jane Fonda, Barbarella, Henry Fonda's daughter...sitting on an enemy aircraft gun was a betrayal...the largest lapse of judgment that I can even imagine

Jane Fonda (born Lady Jayne Seymour Fonda; December 21, 1937) is an American actress, writer, political activist, former fashion model, and fitness guru. She rose to fame in the 1960s with films such as Barbarella and Cat Ballou. She has won two Academy Awards and received several other movie awards and nominations during more than 50 years as an actress. After 15 years of retirement she returned to film in 2005 with Monster in Law, followed by Georgia Rule two years later. She also produced and starred in over 20 exercise videos released between 1982 and 1995, and once again in 2010.

Fonda has been an activist for many political causes, one of the most notable and controversial of which was her opposition to the Vietnam War. She has also protested the Iraq War and violence against women. She describes herself as a liberal and a feminist. In 2005 Fonda worked alongside Robin Morgan and Gloria Steinem to co-found the Women's Media Center, an organization that works to amplify the voices of women in the media through advocacy, media and leadership training, and the creation of original content. Fonda currently serves on the board of the organization. Since 2001 Fonda has been a Christian. She published an autobiography in 2005.

Lady Jayne Seymour Fonda was born in New York City, the daughter of actor Henry Fonda and socialite Frances Ford Seymour Brokaw. The Fondas had distant Dutch ancestry. She was named after the third wife of English king Henry VIII, Lady Jane Seymour, to whom she is distantly related on her mother's side. Her brother, Peter Fonda (born 1940), and his daughter Bridget Fonda, also are actors. Fonda had a half sister, Frances, who died in 2008.

FULL ARTICLE AT WIKIPEDIA.ORG
This article is licensed under the GNU Free Documentation License.
It uses material from the Wikipedia article "Jane Fonda."