Lady Gaga has been selected to sing the national anthem next week during the inauguration of President-elect Joe Biden and Vice President-elect Kamala Harris. Photo by Steve Ferdman/UPI | License Photo

Jan. 14 (UPI) -- The inaugural committee of President-elect Joe Biden and Vice President-elect Kamala Harris announced a list of participants for next week's ceremony that includes Lady Gaga and Jennifer Lopez.

In a statement on Thursday, the committee said Gaga, whose real name is Stefani Germanotta, will sing the national anthem and Lopez will perform during Wednesday's event.

The committee said Gaga is an outspoken activist, philanthropist and supporter of LGBTQ rights, HIV/AIDS awareness and body image issues and worked with Biden when he was vice president on his campaign to address sexual assault on college campuses.

She also campaigned for Biden, performing Nov. 2, 2020, at a drive-in rally in supporter of his presidential bid in Pittsburgh.

"I am deeply honored to be joining [the Biden inaugural] on Jan. 20 to sing the National Anthem and celebrate the historic inauguration," Gaga tweeted.

Lopez will provide an unspecified musical performance, the committee said, describing the singer as "one of the most influential Latin artists in the country" who, with her partner retired professional baseball player Alex Rodriguez, has been outspoken about the disproportionate impact COVID-19 has had on Latinos.

Other participants announced Thursday include Father Leo J. O'Donovan who will lead the invocation, firefighter Andrea Hall who will recite the Pledge of Allegiance, National Youth Poet Laureate Amanda Gorman who will read a poem and Rev. Silvester Beaman who will give the benediction.

Presidential Inaugural Committee CEO Tony Allen said the group of participants "represent one clear picture of the grand diversity of our great nation."

"They are committed to the President-elect and the Vice President-elect's steadfast vision of a new chapter in our American story in which we are an America united in overcoming the deep divisions and challenges facing our people, unifying the country and restoring the soul of our nation," Allen said.

On Wednesday, the committee announced actor Tom Hanks as the host of a 90-minute prime-time televised special titled "Celebrating America" as part of inaugural events with Lovato, Bon Jovi, Ant Clemons and Justin Timberlake to perform.

TV // 2 hours ago
Chloë Grace Moretz says a third 'Kick-Ass' would 'have to be kind of perfect'
Dec. 8 (UPI) -- Chloë Grace Moretz discussed the possibility of making a third "Kick-Ass" movie while appearing on "The Tonight Show Starring Jimmy Fallon." 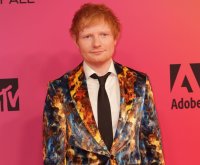 TV // 4 hours ago
WWE NXT: Johnny Gargano gives heartfelt message, Grayson Waller attacks
Dec. 8 (UPI) -- Johnny Gargano addressed NXT fans in what might might have been his final appearance on the brand he helped build on WWE "NXT."
Advertisement