Dec. 24 (UPI) -- Broadway actress Rebecca Luker has died in New York after a battle with amyotrophic lateral sclerosis, also known as Lou Gehrig's disease, her agent said. She was 59.

The Alabama native starred in the stage productions of The Phantom of the Opera, Nine, Mary Poppins and Fun Home, as well as revivals of The Boys From Syracuse, Show Boat, The Sound of Music and The Music Man during her decades-long career.

The three-time Tony nominee also performed a cabaret act at Manhattan hot spots like Café Carlyle and Feinstein's/54 Below.

Luker's screen credits include Cupid and Cate, Boardwalk Empire, N.C.I.S. New Orleans, The Good Wife and Not Fade Away.

She was married to Moulin Rouge! actor Danny Burstein since 2000 and was stepmother to his two sons.

Her fellow Broadway stars took to Twitter to mourn her death on Wednesday.

"Rebecca Luker was humble, loving and kind. So much so that you would sometimes forget her otherworldly talent, until she would sing, and her golden voice would wrap you in peace. She was an angel on earth, and now in Heaven. I will always love you, Becca," Laura Benanti said.

"My friend and one of the main reasons I wanted to be a soprano.... Her voice was soprano heaven. I love you, Rebecca. I know you're no longer in pain and already singing your heart out up there," Kristin Chenoweth tweeted.

"Just devastating. She was an angel on earth. One of the most glorious voices and the sweetest of souls. Sending so much love to her family and especially to Danny," Audra McDonald said in a post. 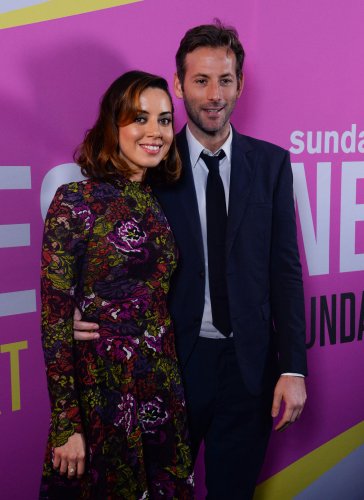