Oprah Winfrey smiles as she listens to remarks by U.S. President Barack Obama as the president and First Lady Michelle Obama host the 2010 Kennedy Center Honorees at a reception in the East Room of the White House before going to the Kennedy Center on December 5, 2010. The recipients for the 33rd annual awards are singer and songwriter Merle Haggard; composer and lyricist Jerry Herman; dancer, choreographer and director Bill T. Jones; songwriter and musician Paul McCartney; and producer, television host and actress Oprah Winfrey. UPI/Gary Fabiano/Pool | License Photo

SIMON COWELL: A woman has been arrested for allegedly using a brick to break in to Simon Cowell's London mansion while the TV personality was home, his publicist said.

The Sun newspaper said Cowell, 52, was watching television at the time of the incident Saturday night.

"There was a loud bang and Simon rushed upstairs to find out what was going on," Cowell's spokesman Max Clifford said. "It came from the bathroom so he went in -- and there was a woman standing there holding a brick. She had smashed her way in through the window and it was unclear how long she had been there or what she was doing."

The Sun said Cowell's security detained Leanne Zaloumis, 29, until police arrived. She was then arrested and charged with aggravated burglary.

"It was a very frightening experience for Simon, who told me it was like something from a horror movie. He was just very lucky that all she had was a brick. She could have had a knife, a gun or any other weapon," Clifford said.

Cowell is a judge on "Britain's Got Talent" and "The X Factor."

The awards are presented by the Gay & Lesbian Alliance Against Defamation to members of the media for their "fair, accurate and inclusive representations of the lesbian, gay, bisexual and transgender community and the issues that affect their lives," the organization said.

"Glee" stars Naya Rivera and Cory Monteith served as hosts of the ceremony.

JACK OSBOURNE: British television personality Jack Osbourne said via Twitter he has had his appendix removed.

Osbourne, 25, is the son of "The Talk" co-host Sharon Osbourne and rocker Ozzy Osbourne.

"This is what you look like when you have has your appendix removed," Jack Osbourne tweeted Sunday, alongside a photo of him and his pregnant fiancee Lisa Stelly.

"Man, high powered pain killers + radiohead = dangerous territory for me. I gotta get outta this hospital. This is getting to[o] good," he said in an update Monday.

Jack Osbourne battled addictions to drugs and alcohol when he was a teen, but has since said he kicked the habits.

The ceremony honoring the year's best in television will take place Sept. 23 at the NOKIA Theatre LA LIVE. It is to air live on ABC.

This will be Kimmel's first time as host of the Primetime Emmy telecast.

Kimmel is the star and executive producer of the late-night ABC talk show, "Jimmy Kimmel Live."

"We are thrilled to have been asked to produce the 64th Primetime Emmy Awards," Don Mischer, whose company is producing the show, said in a statement. "We love television and look forward to working with the Television Academy and ABC in creating a show that is fast-paced, humorous, unpredictable, and at times irreverent, but clearly celebratory of our incredible industry." 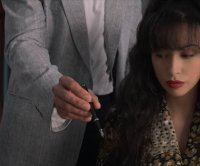 TV // 8 hours ago
'Shadow and Bone' cast and crew build world in behind-the-scenes video
April 15 (UPI) -- "Shadow and Bone," a new series based on Leigh Bardugo's Grishaverse novels, will premiere April 23 on Netflix.

Music // 9 hours ago
The Black Keys to release 'Delta Kream' blues cover album in May
April 15 (UPI) -- The Black Keys shared the song "Crawling Kingsnake" ahead of their new album "Delta Kream."