LOS ANGELES, Dec. 5 (UPI) -- "Grounded For Life" star Donal Logue is starring in a comedy pilot for ABC being created by the duo who gave NBC "Ed."

The untitled show was shopped to networks as "I Want to Rob Jeff Goldblum," The Reporter said. The plot centers around a group of blue-collar New Yorkers who decide to rob a celebrity.

"Ed" ran for four seasons and Burnett and Beckerman received Emmy nominations for its pilot. They both have Emmys for their work on the "Late Show with David Letterman," The Reporter noted.

Logue recently co-wrote, directed and starred in the independent film "Tennis, Anyone?" which is in limited release. 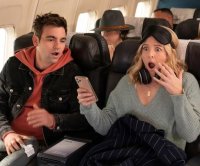 Entertainment News // 14 hours ago
Tony Awards: How to watch, what to expect
Sept. 24 (UPI) -- The 74th annual Tony Awards are taking place Sunday from the Winter Garden Theatre in New York City. 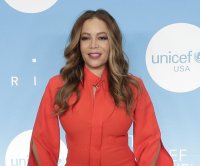 Entertainment News // 15 hours ago
What to stream this weekend: 'The Starling,' Tony Awards
Sept. 24 (UPI) -- "The Starling," the 74th annual Tony Awards, "Midnight Mass," "Global Citizen Live," "Goliath" Season 4, "Foundation" and "BMF" are some of the entertainment options streaming this weekend.
Advertisement