U.S. Army to participate in artillery drills in Romania

The system, known as HIMARS, can carry and launch up to six rockets or one missile on a single five-ton truck. A joint mission known as HIMARS Rapid Infiltration, or HI-RAIN, will demonstrate quick deployment of the unit and equipment in a rapid-fire mission, and a return to home station, U.S. Army Europe said.

"We are honored to work alongside our allies in Romania as one team in support of NATO's larger mission. Rapid Falcon is a great joint exercise that demonstrates our ability to rapidly deploy our Soldiers and long-range precision fires capabilities at a moment's notice anywhere in the European theater," said Col. Daniel Miller, the 41st FAB commander.

The action in Romania is concurrent with a two-week, German-led artillery drill in Greece. The NATO Missile Firing Installation began on Thursday, and involves the 10th Army Air and Missile Command and the 678th Air Defense Artillery Brigade of the U.S. Army, and participants from Germany, Greece and the Netherlands. 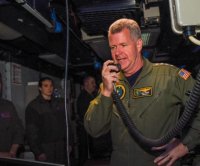 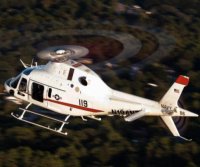