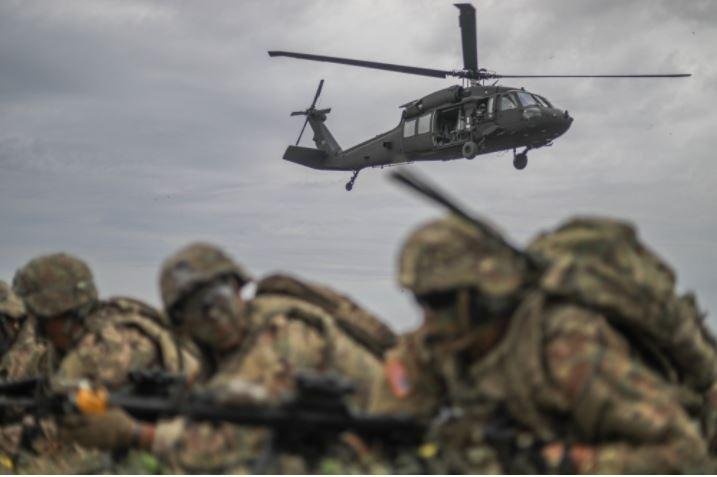 Oct. 21 (UPI) -- Defense officials are looking at deploying U.S. soldiers closer to the Russian border after their departure from Germany are under consideration, Defense Secretary Mark Esper said.

In July, Esper announced the transfer of 12,000 troops, notably of the 2nd Cavalry Regiment, the only brigade-size U.S. ground combat force in Europe, from U.S. Army Garrison Bavaria.

On Tuesday, he told a conference of the Atlantic Council that the regiment could maintain a presence in countries on NATO's eastern flank, adjacent to Russia, on a rotational basis.

"[Following] my recent meetings with the defense ministers from Romania and Bulgaria, and correspondence received from Baltic States, there is now the real opportunity of keeping the 2nd Cavalry Regiment forward in some of these countries on an enduring basis," Esper said.

Agreements with Eastern European defense ministers on deployments of U.S. troops have been forthcoming, according to Esper.

While the initial plan involved the return of troops to the United States, Esper said he would work to position troops closer to the Russian border to bolster allies.

"You don't need to be Napoleon or MacArthur to look at the map and realize that the further east you are, the more reassurance you can provide for those allies and partners on the frontlines, whether it's -- in the northeast it's the Baltic states, Poland just due east of Germany, or in Bulgaria and Romania in the southeast along the Black Sea," Esper said.

"So we need to move a little bit further east. It helps us with the time distance challenges, if you will, in case there is some type of really aggressive action by the Russians," he said.

The U.S. Army has already announced eastward troop movements, starting last week with the formal reactivation of the Fifth Corps, or V Corps.

Although headquartered at Fort Knox, Ky., it will rotate 230 troops at a time though its forward deployment in Poznan, Poland.