The names of those killed were withheld until their families can be notified, officials said in a press release.

The statement from the office of the Combined Joint Task Force -- Operation Inherent Resolve, an intervention against the Islamic State in Iraq and Syria, said the deaths occurred while attempting to eliminate an Islamic State stronghold in "a mountainous area of north-central Iraq."

A report Monday indicated the U.S. soldiers were members of the Marine Raiders, the name given to battalions in the Marine Corps Forces Special Operations Command.

About 5,200 U.S. troops remain in Iraq, a figure down from over 170,000 in 2007. In January, Iraq's parliament voted in a non-binding resolution to demand that all foreign forces withdraw from the country. 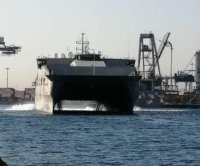