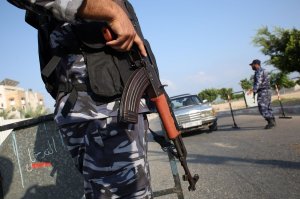 Voices // 2 weeks ago
Iran is playing war games in Iraq
In an interview on Al-Arabiya Al-Hadath TV on Christmas Eve, Zafer al-Aani, a senior member of the Iraqi Parliament, blamed the recent rocket attack on the U.S. Embassy in Baghdad squarely on Iran.

U.S. News // 1 month ago
U.S. to withdraw most troops from Somalia by 'early 2021'
The Trump administration on Friday ordered most U.S. troops out of Somalia, a move a Defense Department watchdog warned last month could damage gains the country has made against al-Shabab.