Lee Marvin to be buried at Arlington

Marvin is scheduled to be buried in a private ceremony with military honors Oct. 7, said Sgt. Steve Barrett of the Military District of Washington.

Marvin received the Purple Heart after being wounded on Saipan during World War II, qualifying him for burial at Arlington, Barrett said.

Marvin, 63, made 21 landings in battle zones during the war, and was hospitalized for 13 months after being wounded.

Marvin appeared in at least 10 war movies during his acting career, including the classic 1967 film, 'The Dirty Dozen'. He won an Oscar for his role as a drunken gunfighter in 'Cat Ballou' in 1965.

Marvin died in Tucson, Ariz., after a two-week hospitalization.

He will become the fourth famous actor or actress buried at Arlington, Barrett said. Medal of Honor winner Audie Murphy is buried near the Tomb of the Unknowns.

In addition, Faye Bainer and Constance Bennett, silent movie actresses, are buried at the cemetery because they were married to military members, Barrett said.

Science News // 5 minutes ago
Cuttlefish reveal link between self-control, intelligence
March 2 (UPI) -- According to a new study, cuttlefish can pass the Stanford marshmallow test, delaying the gratification of an immediate reward for a better reward later.

Science News // 33 minutes ago
Musk, Maezawa say moon mission is on track for 2023
March 2 (UPI) -- SpaceX will fly its deep-space rocket Starship in orbit "many, many times before 2023" and will take 12 people around the moon that year, the company's founder and CEO Elon Musk announced on Tuesday.

Health News // 1 hour ago
Belly fat can adapt to resist weight-loss strategies, study finds
March 2 (UPI) -- Belly fat, or the persistent area of weight gain around the stomach, adapts over time to become more resistant to weight-loss treatments, according to a study published Tuesday by the journal Cell Reports. 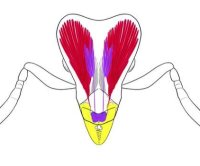