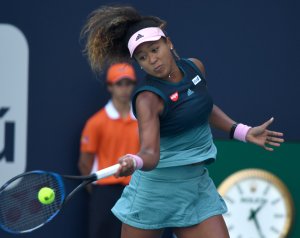 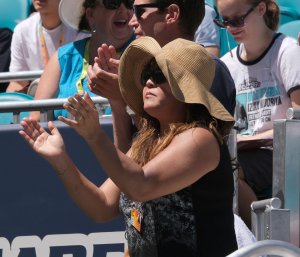 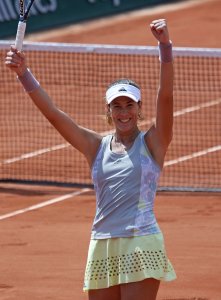 Sports News // 1 year ago
Djokovic, Osaka advance to second round of 2020 U.S. Open
Men's and women's top seeds Novak Djokovic and Karolina Pliskova each claimed straight-set wins in their first round matches at the 2020 U.S. Open, while American teen phenom Coco Gauff lost early at the Grand Slam.

Sports News // 1 year ago
U.S. Open tennis: Williams-Keys, Gauff-Osaka possible matchups after draw
The 2020 U.S. Open will lack a bit of star power because some tennis greats have opted out of the Grand Slam over COVID-19 concerns. But the tournament draw still reveals several potential elite clashes.

Tennis // 5 years ago
Venus and Serena Williams both out of New Zealand tournament
Madison Brengle had the line of the night on Wednesday after putting forth the performance of her life in a 6-4, 6-7 (3), 6-4 victory over 22-time Grand Slam champion Serena Williams in the second round of the ASB Classic in Auckland, New Zealand.

Yanina Wickmayer (born 20 October 1989 in Lier, Belgium) is a Belgian professional tennis player who is currently ranked World No. 20. She rose to prominence with her semi-final appearance at the 2009 US Open. She is noted for her distinctive "whoopee" scream every time she hits the ball. She is a baseline player who is mentally very strong on court,

FULL ARTICLE AT WIKIPEDIA.ORG
This article is licensed under the GNU Free Documentation License.
It uses material from the Wikipedia article "Yanina Wickmayer."