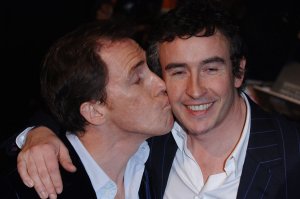 Entertainment News // 8 months ago
Starz picks up Idris Elba series, documentary with Geena Davis
Starz acquired "In the Long Run," a comedy starring Idris Elba, "This Changes Everything," a documentary exploring gender inequality in Hollywood, and four other titles.

TV // 2 years ago
Steve Coogan's 'Alan Partridge' returning to the BBC
The BBC says it is working on a 25th anniversary special and new season of episodes featuring Steve Coogan as Alan Partridge. 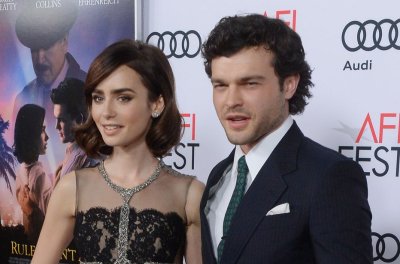 Movies // 4 years ago
Richard Gere's film 'The Dinner' gets a distributor
The Orchard has announced it acquired the North American distribution rights to "The Dinner" starring Richard Gere and Laura Linney. 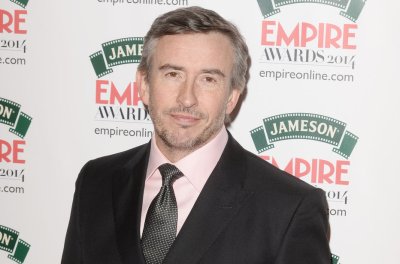 TV // 4 years ago
Steve Coogan's 'Happyish' canceled after one season
Showtime has decided not to order a second season of "Happyish," which starred Steve Coogan, Kathryn Hahn, Bradley Whitford and Ellen Barkin.

His best known character in the United Kingdom is Alan Partridge, a socially awkward and politically incorrect regional media personality, who featured in several television series, such as The Day Today, Knowing Me Knowing You with Alan Partridge and I'm Alan Partridge. Outside the UK, Coogan is better known for his film roles.

Coogan is one of seven children born to Kathleen (née Coonan), a homemaker, and Anthony Coogan, an IBM engineer. He was born in his parents' house and raised in Alkrington, a suburb of Middleton, north of Manchester, in an Irish working class family. Coogan was raised as a Roman Catholic. He had a happy childhood growing up with four brothers and two sisters, and in addition his parents fostered children on a short-term basis, sometimes accommodating two or three foster children at a time. Coogan had a talent for impersonation, and wanted to go to drama school, despite being advised by a teacher that it could lead to a precarious profession.

FULL ARTICLE AT WIKIPEDIA.ORG
This article is licensed under the GNU Free Documentation License.
It uses material from the Wikipedia article "Steve Coogan."
Back to Article
/