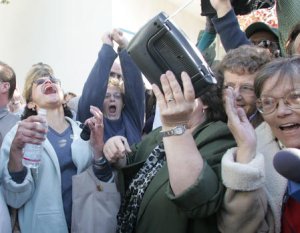 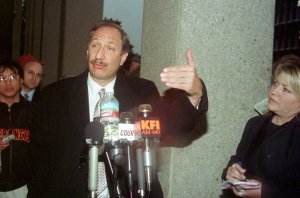 I had a good feeling, and a sense that I would hear from him again

You have been aware for several months that our firm represents the interests of the Rocha family. Despite this, you continue to contact members of the family via e-mail, mail and telephone. We ask that you discontinue this practice immediately. The family wishes to be left alone during this difficult time

If he did the crime, he can do the time. And his time is up on this earth

You can make me out to be the biggest villain in the world if you want to. As long as it keeps her photograph in the press, they can think anything they want about me

Scott Lee Peterson (born October 24, 1972) was convicted of the murder of his wife, Laci Peterson, and their unborn child in Modesto, California. Peterson's case dominated the American media for many months.

In 2005, Peterson was sentenced to death by lethal injection. He remains on death row in San Quentin State Prison while his case is on appeal to the Supreme Court of California. He maintains his innocence.

Peterson was born in San Diego, California, to Lee Arthur Peterson (born May 9, 1939) and his wife, the former Jacqueline Helen Latham (September 16, 1943). Peterson's father worked for a trucking company, and later owned a crate-packaging business. His mother owned a boutique in La Jolla, California, called The Put On.

FULL ARTICLE AT WIKIPEDIA.ORG
This article is licensed under the GNU Free Documentation License.
It uses material from the Wikipedia article "Scott Peterson."