NFL // 2 years ago
Free-Agent Setup: Baltimore Ravens focus on outside market
The Baltimore Ravens have lacked impact players. As a result, they won't use the franchise tag on any of their 12 unrestricted free agents.

NFL // 2 years ago
Baltimore Ravens: After win, team waits on concussed Joe Flacco
OWINGS MILLS, Md. -- The Baltimore Ravens will use a couple of extra days off to savor their biggest win of the season, and more important, get healthier before playing the Tennessee Titans on Nov. 5. 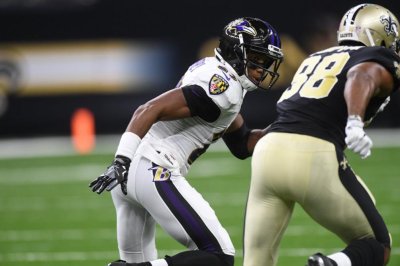 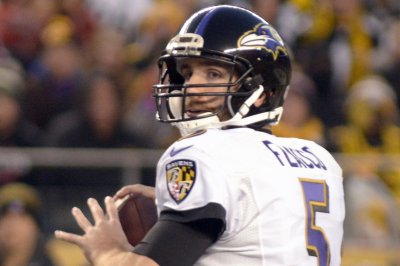 NFL // 3 years ago
Baltimore Ravens boot Miami Dolphins in Jay Cutler's preseason debut
Baltimore quarterback Ryan Mallett passed for one touchdown and 113 yards, and kicker Justin Tucker accounted for three field goals and a recovered fumble to lead the Ravens to a 31-7 victory over the Miami Dolphins on Thursday at Hard Rock Stadium in Miami Gardens, Fla.

Ryan Mallett (born June 5, 1988), nicknamed "Big Tex", is an American football quarterback for the New England Patriots of the National Football League, taken in the third round of the 2011 NFL Draft. He played college football for the Arkansas Razorbacks. Mallett spent his freshman year at the University of Michigan.

Mallett graduated from Texas High School in Texarkana, Texas, and was ranked as the #2 quarterback and #4 overall player in the nation by Rivals.com. He was also the Gatorade Player of the Year in Texas in 2006. Mallett participated in the U.S. Army All-American Bowl in 2007 and won the Glenn Davis Army Award as the best player on the West team.

FULL ARTICLE AT WIKIPEDIA.ORG
This article is licensed under the GNU Free Documentation License.
It uses material from the Wikipedia article "Ryan Mallett."
Back to Article
/