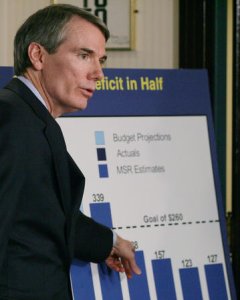 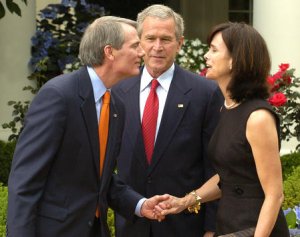 U.S. News // 20 hours ago
Senate hits roadblock in COVID-19 relief 'vote-a-rama'
The Senate's efforts to vote on a series of amendments to President Joe Biden's COVID-19 relief bill hit a roadblock Friday over the extension of unemployment benefits.

U.S. News // 3 weeks ago
OMB nominee Neera Tanden apologizes for past tweets at Senate hearing
Neera Tanden, President Joe Biden's nominee to lead the White House budget office, was questioned in the Senate Tuesday during her confirmation hearing about past remarks that were critical of some Republicans. 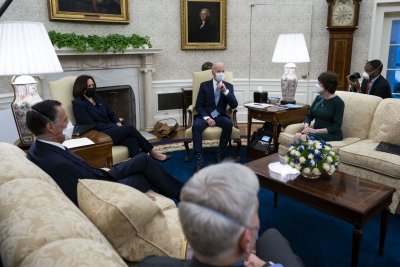 U.S. News // 1 month ago
GOP proposal: $1,000 stimulus payments for only lower-income Americans
Senate Republicans met with President Joe Biden Monday to pitch a COVID-19 relief package including a third round of direct stimulus payments to Americans smaller than he has called for.

U.S. News // 1 month ago
Senate votes to break filibuster on Mayorkas DHS nomination
The Senate voted 55-42 to break a Republican filibuster and advance the nomination of Alejandro Mayorkas, President Joe Biden's selection to lead the Department of Homeland Security.

U.S. News // 1 year ago
Impeachment: Susan Collins to vote for witnesses, Lamar Alexander against
Two Republicans who had indicated they might side with Democrats in voting to allow witnesses in the impeachment trial of President Donald Trump announced their intent on Thursday night.

I appreciate some people have put me on their ... list, but there are a lot of other great choices

With Washington going deeper into debt, new tools are needed to control spending. One such tool is the line-item veto to get rid of wasteful spending and reduce the deficit. That's why I recently joined a bipartisan group of my fellow senators in introducing the Reduce Unnecessary Spending Act of 2011, to provide the president with legislative line-item veto authority

Clay asked them, 'Gee, since you're so good at this, can you help us on some of our other initiatives?

Robert Jones "Rob" Portman (born December 19, 1955) is the junior United States Senator from Ohio. He is a member of the Republican Party. He succeeded retiring Senator George Voinovich.

From 1993 to 2005, Portman served in the United States House of Representatives from 1993 to 2005, representing Ohio's 2nd congressional district, which stretches along the Ohio River from the Hamilton County suburbs of Cincinnati east to Scioto County and Pike County. Portman won seven consecutive congressional elections with over 70 percent of the vote.

Portman served in two federal cabinet positions under the administration of President George W. Bush. From May 2005 to May 2006, he was the U.S. Trade Representative. From May 2006 to June 2007, he was Director of the Office of Management and Budget (OMB).

FULL ARTICLE AT WIKIPEDIA.ORG
This article is licensed under the GNU Free Documentation License.
It uses material from the Wikipedia article "Rob Portman."
Back to Article
/