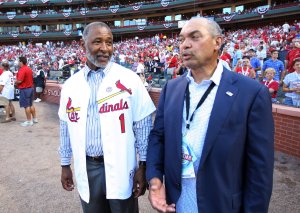 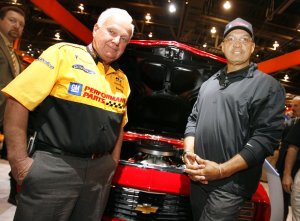 NBA // 1 year ago
Bucks' Giannis Antetokounmpo makes impossibly athletic shot vs. Pistons
Giannis Antetokoumpo showed why he is nicknamed the "Greek Freak" with a freakish finish during a Milwaukee Bucks playoff win against the Detroit Pistons.

NBA // 1 year ago
Warriors' Stephen Curry will return to face Pistons
The wait is finally over for Stephen Curry.

NBA // 1 year ago
Hawks aim to break skid at home vs. Pistons
The Atlanta Hawks will try to end their two-game losing streak on Friday against a Detroit Pistons team that has had difficulty winning on the road.

NBA // 2 years ago
Pistons hire Stefanski; Casey on coaching radar?
The Detroit Pistons' attempt at a rebuild and relevancy will begin with Ed Stefanski.

NBA // 2 years ago
Kyle Kuzma anchors short-handed Los Angeles Lakers' lineup vs. Detroit Pistons
As the season winds down, the Los Angeles Lakers are trying to give their prized rookies as much playing time as possible.

NBA // 2 years ago
Rockets continue mission vs. Pistons
HOUSTON -- It was the latest in an impressive series of signature performances from Houston Rockets guard James Harden, with his dismantling of the host Trail Blazers on Tuesday and it is emblematic of the unyielding commitment his team is showcasing during the stretch run of the regular season.

NBA // 2 years ago
Nuggets face fading Pistons before big road trip
DENVER -- Acquiring Blake Griffin in a blockbuster deal six weeks ago was supposed to be a difference maker for the Detroit Pistons. 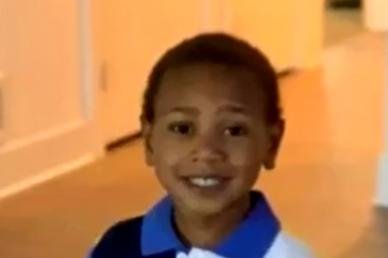 Reginald Martinez "Reggie" Jackson (born May 18, 1946), nicknamed "Mr. October" for his clutch hitting in the postseason, is a former American Major League Baseball right fielder. During a 21-year baseball career, he played from 1967-1987 for four different teams. Jackson currently serves as a special advisor to the New York Yankees. He helped win three consecutive World Series titles as a member of the Oakland A's in the early 1970s and also helped win two consecutive titles with the New York Yankees. Jackson was inducted into the Hall of Fame in 1993. He now resides in Las Vegas, Nevada.

Jackson was born in Wyncote, Pennsylvania, just north of Philadelphia. His father was Martinez Jackson, a tailor who was also a former second baseman with the Newark Eagles of the Negro Leagues. He was the youngest of four children between Reggie's mother, Clara, who was of Hispanic descent. He also had two half siblings from his father's first marriage. His parents divorced when he was four; his mother taking four of his siblings with her, while his father was left with Jackson, and one of the siblings from his first marriage, though one sibling later returned to Wyncote. His father raised his son as a single parent, and was one of the few black families in Wyncote. He didn't experience the Jim Crow laws that most African-American ballplayers from his era experienced as Wyncote was primarily a Jewish town. He was able to develop a social ease with the Jewish community in Wyncote, as all his friends, girlfriends, coaches, and teachers during that timeframe were Jewish. (in 1972, Jackson joined his Jewish teammates on the A's, Ken Holtzman and Mike Epstein, in wearing black armbands for the rest of the postseason after the Munich Massacre).

Jackson graduated from Cheltenham High School in 1964, where he excelled in football, basketball, baseball and track and field. In his junior year of high-school, Jackson, a tailback tore up his knee in a early season game. He was told by the doctors he was never to play football again, but Jackson returned for the final game of the season. In that game, Jackson fractured five cervical vertebrae, which caused him to spend six weeks in the hospital, and another month in a neck cast. Doctors told Jackson that he might never walk again, let alone play football, but Jackson defied the odds again. On the baseball team, he batted .550 and threw several no-hitters. In the middle of his senior year, Jackson's father was arrested for bootlegging and was sentenced to six months in jail.

FULL ARTICLE AT WIKIPEDIA.ORG
This article is licensed under the GNU Free Documentation License.
It uses material from the Wikipedia article "Reggie Jackson."
Back to Article
/