TV // 1 year ago
Maren Morris says 'American Idol' audition at 17 was 'traumatic'
Country star Maren Morris said on "Late Night" that she unsuccessfully auditioned for singing competition shows such as "American Idol" and "The Voice" before making it big. 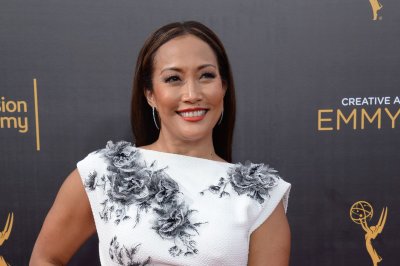 We always go to an East Coast city, a West Coast city, a Midwest city and a couple of Southern cities. We've done Detroit, Chicago and Cleveland. If we come back to Ohio, this has got to be the city

You never really know what you're gonna get, but I'm always pleasantly surprised

Jackson was born on June 23, 1956 in Baton Rouge, Louisiana, His first marriage, to Elizabeth Jackson, was dissolved in 1990; they had one daughter named Taylor. In 1995, Jackson married Erika Riker, with whom he has two children; a 14-year-old daughter named Zoe and a 12-year-old son named Jordan. In 2003, Jackson lost 114 pounds (52 kg) following gastric bypass surgery. He stated in a February 2008 television commercial that he has type 2 diabetes.

Jackson played in bands with Carlos Santana and Jerry Garcia. In the early 1980s he played on three albums for Jean-Luc Ponty and with the rock band Taxxi. From 1986 to 1987 he was a session musician for the rock group Journey. Jackson played on Journey's 1986 album Raised on Radio. He moved to Italy in the late 1980s and played on a record by Italian pop star Zucchero. The record, Zucchero and the Randy Jackson Band, was produced by Corrado Rustici who played guitar with Jackson on many albums in the early 1980s. He also played with Billy Cobham.

FULL ARTICLE AT WIKIPEDIA.ORG
This article is licensed under the GNU Free Documentation License.
It uses material from the Wikipedia article "Randy Jackson."
Back to Article
/