World News // 1 month ago
Whereabouts of Chechen leader Kadyrov unclear after reports of COVID-19
The whereabouts Chechen leader Ramzan Kadyrov were unclear Friday after unconfirmed reports surfaced claiming he had been hospitalized in Moscow with COVID-19.

Horse Racing // 1 year ago
UPI Horse Racing Preview: Noise made in Dubai; USA races on tap
North America and Walking Thunder make some noise in Dubai while preparations continue apace for the Pegasus World Cup races in Florida; much more to look forward to in weekend racing; AND .. a big purse increase for the Kentucky Derby. 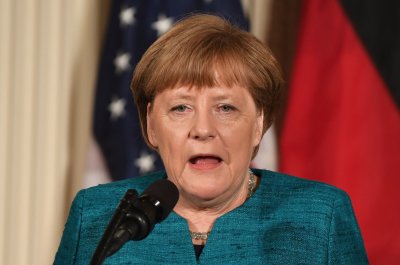 Voices // 3 years ago
Poland seals Europe's eastern frontier as EU turns a blind eye
For almost a year, the Polish Border Guard has been turning away most Chechens and other asylum seekers arriving on the border with Belarus.

Voices // 3 years ago
Why Russia is the jihadists' prime target
Fighters from Russia's republics in the Caucasus have been involved in Syria and Libya conflicts.

Defense News // 3 years ago
Special forces veterans from around the world on their way to Chechnya
Foreign experts may become instructors for security and intelligence personnel from Russia-friendly states at a private military base in Chechnya. 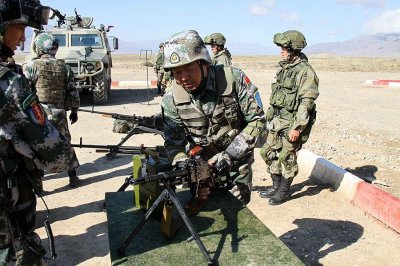 Defense News // 3 years ago
Russia to build a 'tactical city' for special anti-terror forces
Russia is to build a special complex dedicated entirely to preparing special forces that will be able to take decisive action in the event of a terrorist attack.

I have worked hard to find a compromise with those whose hands were not stained with blood, they were offered amnesty and the chance to return to a peaceful life

As a Muslim and a Chechen practicing Islam, I had to say that I condemn those who published cartoons of the Prophet Muhammad. ... If the Danes don't respect a global religion, if they don't respect the feelings of one and a half billion Muslims, then how can we not respond to this as citizens and believers

Ramzan is a son of former Chechen President Akhmad Kadyrov, assassinated in May 2004. In February 2007 Kadyrov replaced Alu Alkhanov as President, shortly after he had turned 30, which is the minimum age for the post. He has the support of former Russian President Vladimir Putin and was awarded the Hero of Russia medal, the highest honorary title of Russia. Kadyrov was engaged in violent power struggles; with fellow Chechen government warlords Sulim Yamadayev and Said-Magomed Kakiev for overall military authority, and with Alu Alkhanov for political authority.

As President of Chechnya, Kadyrov has been credited for bringing some peace and stability to the region. He has also launched federally-sponsored renovations of the Chechen capital Grozny, which have completely transformed the war-ravaged city. On the other hand, he has come under heavy criticism from international press and even at times, Russia, for allegations of corruption and human rights violations.

FULL ARTICLE AT WIKIPEDIA.ORG
This article is licensed under the GNU Free Documentation License.
It uses material from the Wikipedia article "Ramzan Kadyrov."
Back to Article
/